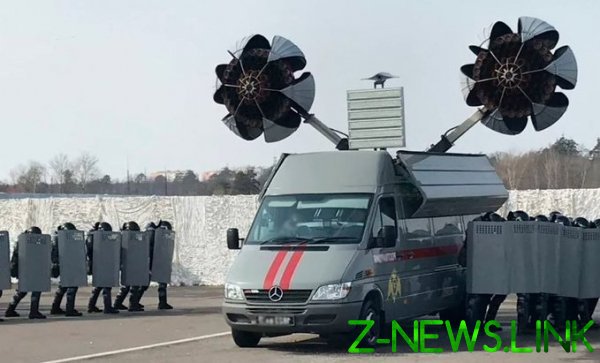 “Mishustin” allowance was introduced after the protests in Moscow in the summer of 2019. It is produced in Moscow and the Moscow region, in St. Petersburg and Leningrad region, the Government has planned 3.5 billion for the military of Regardie and 17.4 billion for police, according to the methodology for calculating the maximum base budget appropriations of the Federal budget in the years 2021-2023. The document published today on the website of the Ministry of Finance. Provision is made to law enforcement officers who participate in “law enforcement and public safety during mass events”. In the Ministry’s letter dated June 8, States that the funds will be used for “the establishment of a monthly allowance to the basic salary for the complexity of the tasks performed”. The government has set allowances at the end of January 2020. According to the regulations, which was signed by Prime Minister Mikhail Mishustin, payoffs to police officers and Regardie from Moscow, Moscow region, St.-Petersburg and Leningrad region. Monthly bonus is up to 100% of salary. The order of payment determined by the Minister of internal Affairs and the Director of the Federal service of national guard troops. The overhead introduced shortly after the mayor Sergei Sobyanin thanked the police for their work during the protests in Moscow in the summer of 2019: “In Moscow there are dozens of peaceful protests, peaceful rallies, which law enforcement agencies provide the full order, and there are no problems with their conduct. However, there have been a number of unsanctioned rallies, which led to serious problems on the streets of Moscow, and that they did not escalate into serious consequences what we see in other cities, it is not the merit of the organizers, on the contrary, they wanted these events to bring up a critical point — it is a merit of law enforcement officers who maintain order on the streets of Moscow”. Salary is only part of a COP’s salary. So, the average monthly salary of employees of the interior Ministry in Moscow — more than 90 000 rubles, and the average salary is about 13 000 rubles, according to Rosstat for the first half of 2019. In the regions, the share of salary in the structure of earnings above: airman gets 9000 rubles as a salary with an average salary of just over 46 000 across the country, said the Director of research at the Institute of problems of law enforcement at the European University in St. Petersburg, Kirill Titaev. In June, employees of the Moscow offices of the interior Ministry and Regardie complained of “Outdoor media” that they never paid the promised bonuses. 7 Jul Mishustin ordered to allocate from the budget 1.3 billion rubles to 2020 for the Ministry of interior and Regardie from Moscow, Moscow region, St.-Petersburg and Leningrad region. By these means it is supposed to increase wages “on average, six thousand” employees patrulno-sentry duty, traffic police, police transport, police escort and shelves police — that is, those units that are engaged in the protection of public order.