Home / WORLD / ‘The government was trying to kill him anyway’: Epstein’s fellow inmates claim he was suicidal due to abuse & threats, report says

‘The government was trying to kill him anyway’: Epstein’s fellow inmates claim he was suicidal due to abuse & threats, report says 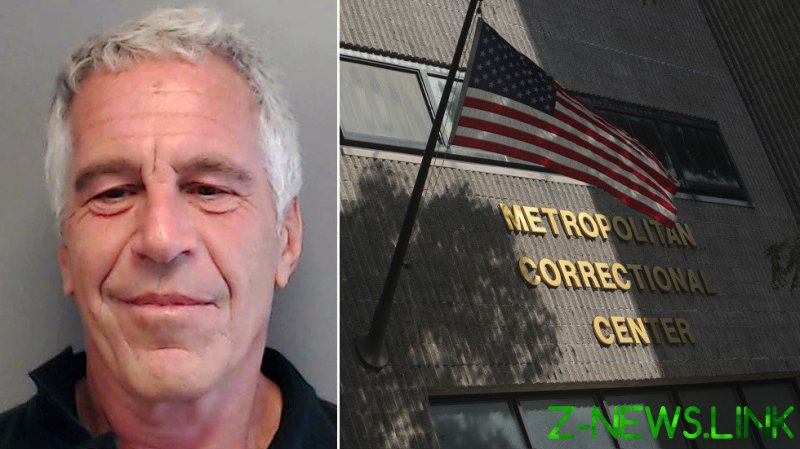 “Before he died by suicide, Jeffrey Epstein got an early taste of hell,”says the New York Daily News, claiming to have interviewed several inmates of the Metropolitan Correctional Center, where the disgraced financier was held prior to his death.

“He was saying he’s going to kill himself because the government is trying to kill him anyway,” said one inmate, whose name the paper did not reveal.

Angelique Lopez, the niece of Efrain Reyes, Epstein’s last cellmate, said that the multimillionaire sex offender “was very depressed,” according to her uncle. “He mentioned to my uncle that he didn’t want to live anymore and my uncle was telling him, “Don’t do any of this while I’m in the room.”

Prison staffers “were treating him like crap,” according to her, making Epstein sleep on the floor, and not letting him get on a bunk.

According to The News, Epstein did not only suffer abuse from the guards, being in the “crosshairs” of other inmates out for his money. Some threatened him for it, others easily swindled the disgraced financier, to the tune of $4,000 he supposedly had to spend on contraband.

“They’re trying to sell you everything – phones, electronics, a better cell,” the unnamed inmate said. “When he got in there everyone was fighting over who would get him. … He was getting ripped off left and right.”

Some prisoners would slide notes under the door, saying “We’re going to kill you, you rapist, you pedophile,” the inmate said.

Despite Epstein potentially being on the verge of suicide prior to his death, Reyes doubted the man could have killed himself in the cell, according to his niece.

“My uncle kept saying the bunk beds weren’t tall enough to do something like that. It didn’t make sense. The beds weren’t that tall. It just didn’t seem right to my uncle,” she said.

Since Epstein’s death, the hope of bringing any of his co-conspirators to justice now rests with the ongoing prosecution of Ghislaine Maxwell, his alleged sex-trafficking accomplice.

Earlier this month Maxwell’s lawyers wrote complaints about their clients’ jail conditions. According to them, the former socialite is having a rough time in the Metropolitan Detention Center in Brooklyn, losing weight and even her hair.