Home / policy / The government wants a holiday with songs, but the virus will not go away 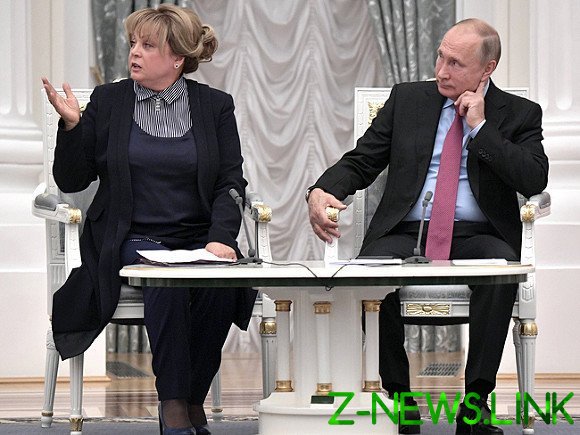 The scientists explained why voting on amendments to the Constitution and failed to translate fully in the online format.

The Chairman of the CEC of the Russian Federation Ella Pamfilova said that the upcoming nationwide vote on amendments to the Constitution in the online form can be carried out only in three or four regions of the country. Moreover, as the head of the Central election Commission, with the initiative of e-voting needs to speak to the local authorities.

Columnist of “Rosbalt” has asked experts to tell what caused such an approach and whether it can be called a continuation of the policy that the Kremlin has used to impose restrictions because of the epidemic of the coronavirus when to make decisions about it were invited the heads of the regions.

Igor Mintusov, President of the European Association of political consultants:

“The restrictions on the use of electronic voting on amendments to the Constitution only three or four regions caused by both technical and political reasons. On the one hand, the history of voting have to be finished, and on the other, the government is interested, so it became a kind of public event.

Therefore it is an oxymoron. By and large, the government is interested in the celebration with songs and cupboards, but the risk of infection of the coronavirus citizens remains.

In addition, a large number of people in relation to e-voting remains the suspicion that the authorities will have more opportunities for falsification of results, as control over the counting of votes is not obvious. Credibility is not expected to be very high. Traditional voting at a polling station gives a greater sense of confidence. Those who are willing to vote remotely and trusts of this kind will, in my opinion, no more than 20 percent of the total electorate. As for the problem of observers in General of civil society institutions in Russia today is little opportunity to monitor the counting of votes. In this sense, the electorate of the government is all of us.

It seems to me that many regions will be strong motivation to undertake e-voting, as it enhances the “correct” voting results. For the Federal government and it is such a beautiful story, because if regions decide that it is necessary to vote remotely, that all the questions will be to the governors, regional legislatures, and not to Moscow.”

“The CEC’s proposal to limit electronic voting to only a few regions are due to the different degree of their readiness to work in remote mode. The question is the extent to which people in different regions immersed in the Internet the specifics and how they trust her.

We are talking about what is real to such a vote is made only the largest cities. And there, as it was in the Moscow city Duma elections in 2019, the level of credibility is far from perfect. We in this sense is not Estonia.

However, there arises a problem of trust not only to Internet voting, but also to ensure that the government properly considers”.

Gregory of Votes, political scientist, Professor at the European University in St. Petersburg:

“Here the combination of technical and political considerations. On the one hand, it is clear that only conduct e-voting — a rather difficult task technically. From international experience we have here only Estonia. But it is clear that this is a country of very different scale and an entirely different level of orderliness of the electoral process. So technical difficulties with the electronic voting we have. Moreover, they will acquire a political dimension, because the more there are, the more claims will appear to the very method of expression.

However, the political aspects will be shown regardless, because the idea that you can vote such diverse ways, of course, open to criticism about possible abuse. Hence the proposal to limit this practice in several regions where such problems likely can be minimized.

At the same time, it is clear that when determining the list of regions which will be remote voting, the Central election Commission will listen to the wishes of the Kremlin and governors. So do not rule out that, from the point of view of claims, the choice will be made is not optimal.

In this case, from the Pamfilova I see are mostly functional approach. Among the decision-makers, it is no worse than others understand that the main organizers of the elections in Russia are the governors, and they carry with them the results of political responsibility. Therefore, it is natural to listen to them and learn if they are willing to go to any additional risks or not.”