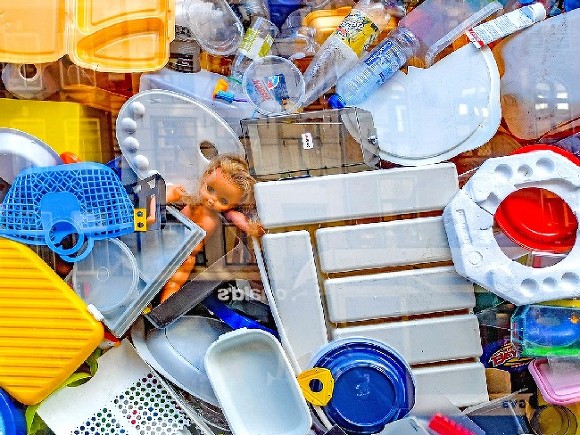 The change in the standard for disposal of goods and packaging threatens us with another price increase. However, it is not very clear, for which we’ll pay this time.

Deputy Prime Minister Alexey Gordeev instructed the Ministry of Finance, the Ministry of industry and trade and the Ministry of economy to consider the proposal of the Ministry of natural resources about the increase in the ratio of recycling of products and packaging to 100%, writes “Kommersant”. Now this standard of the various categories of materials — rubber, glass, paper and cardboard ranges from 5 to 35%. That is: if the manufacturer of paper and corrugated cardboard produces 100 tons of products per year, during this year, he or her own to dispose of 35 tons of paper thrown in the trash, or to pay to the Treasury an environmental tax. The idea of the MEP is to ensure that producers are annually disposed of (or recycled) same as release. Thus, the Ministry hopes to increase revenues to the Treasury by the article “ekosbor” almost 62 times.

A year ago, a similar proposal was made by the Ministry of industry and trade. But then in the Ministry was against and now it is up to the Agency Kobylkin promote this initiative. It is reported to consider to the government by mid-2020. “Rosbalt” asked the experts whether the enterprise to fulfill the requirements of the government, and how this idea will affect prices.

Director of the Institute of ecology and education in Russia Boris Morgunov: 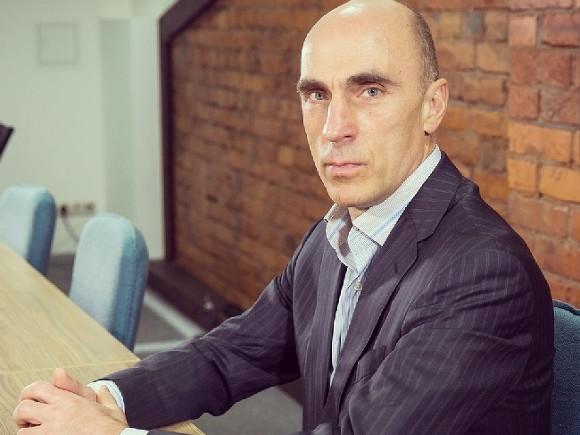 “The legislation provides two options. The first producer of goods and packaging ensures its utilization. Second — if he for one reason or another, cannot establish the disposal, it pays to the Treasury an environmental tax. For different materials the ratio of utilization varies from 5% to 35% of the produced output. Of course, the standards for recycling independently economically advantageous. Another issue is that for producers of goods and packaging this business is not a target, and in some cases they either pay ekosbor, either one way or another depart from it. An imperfect system of monitoring in this sphere allows to do it.

As for the initiative of the Ministry of natural resources to enter, especially in such a short period of time, such changes need consultation with the business. Not only with the producers of goods and packaging, but also with processors.

The system of extended producer responsibility, referred to throughout the world aimed not at raising funds, and for recycling. But until we clearly understand that processors are able to cope with the amount of goods and packing which is made to introduce a kind of norm is meaningless.

Facilities for the recycling of waste paper is now enough. So that paper packaging could be the locomotive of this movement. But there are problems, because the paper is thrown in one pot with watermelon rinds, not be disposed of. In this case, it is not very clear what to consider 100% from the production volume or of the volume which is recycled.

For all other groups of goods and packaging — a total of 54 — the capacity is clearly not enough, and simultaneously to achieve 100% utilisation is physically impossible. In addition, we have no effective system of collecting, storing and sorting waste. And most importantly — there is no charge for this work. Waste partially forms a population, therefore, it is the responsibility of regional operators for the handling of solid waste. This is partly retail, partly industry. But with whom in the end ask 100%?

We have a huge number of outstanding issues, and it is exactly this kind of decision should not be taken in isolation from them. Pinpoint steps that are not aligned with the solution to all these problems, will not lead to the expected result. That is: to raise money, but increase in utilization is unlikely to affect.

The regulator together with the business, highlight how producers and processors, needs to create a road map to achieve the target of 100% utilization. In my opinion, it would be advisable to separate the goods and the packaging in the first place to pay attention to the packaging. It is much more simple and effective story.

But if we introduce this rule now, it would actually mean that in our country the main emphasis is on the fiscal nature of this mechanism. Now ekosbor annually brings to the Treasury of 2.2 billion rubles. As a result of increasing of the standard is planned to increase the figure to 136 billion rubles. This amount needs to be collected and accumulated in some budget or non-budgetary Fund. Then these tools will in some way — as yet unknown — to be allocated to build capacity for utilization. The effectiveness of this approach known.

Now, the government collects 2.2 billion rubles. This money also needs to go for purposes related to increasing recycling of products and packaging. But we are not yet able to evaluate the result of their use, because some economic models does not exist.

It is clear that the Ministry of environment (as the Agency responsible for the waste reform) is trying to find or to find ways to improve the effectiveness of this reform. Terms, which are at the Ministry, of course, compressed. And it suggests the measures that might produce results in the short term. But I believe in this concept, the government did not accept this decision.”

Professor of the Department of state regulation of economy, Ranepa Olga Malikova: 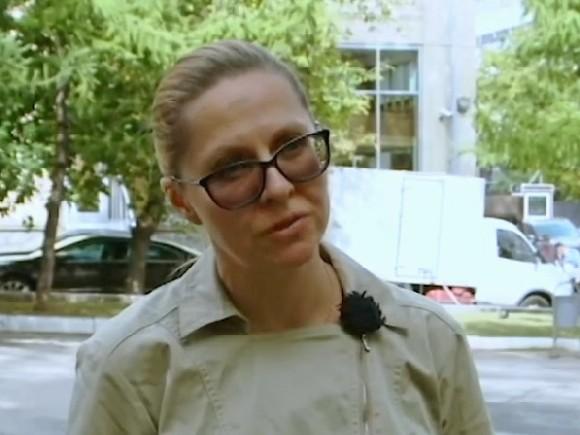 “By itself, the initiative to increase the level of recycling of packaging and products used, it seems quite reasonable. At low levels of utilization, the economy loses twice. First, we do not get a valuable raw material for the production of finished products, for example, recycling old electronics can provide not only iron, but also a number of rare metals, extraction of which is always accompanied by high costs. With 90% consumed in Russia today, rare earth metals, our country buys abroad. Second, waste is always cause huge damage to the environment. Accommodation near the existing and old landfills fraught with additional risks to the health of citizens. From this point of view, the initiative is quite timely.

However, the very important mechanisms and implementation details of this solution. At 100% utilization, of course, have to navigate, we should strive to do, but it is difficult to realize at once. Based on the experience of European countries, it is advisable gradual, stepwise raising of standards, the creation of parallel chains for collecting, sorting and recycling of waste. In conditions of not very high purchasing power of citizens living in the regions, it is important to prevent significant price increases.

For appliances it can be a very small value. Today we see that many companies are ready to dispose of old refrigerators, electric stoves, small appliances. A similar situation can be in the field of paper recycling. More difficult may be the situation with the disposal and, accordingly, prices for food products in disposable packaging. In this case, the effects should be calculated. However, today in some cities, for example, in Moscow, is beginning to follow the trend to the rising popularity of and simultaneously growth of sales of environmentally friendly products in the most simple environmentally friendly packaging. If this trend will take hold and become a mass, it is possible that an additional impetus for development will be the local food industry. But, of course, the risk of higher prices is still there.

Most likely, a large company with a strong brand, can cope with the payment of ekosbor, but it is a big company with a dominant position, as a rule, can most easily shift their costs onto consumers. The growth of prices by 1-2% while this scenario may be quite likely.”

Director of the Center for market research HSE George Ostapkovich: 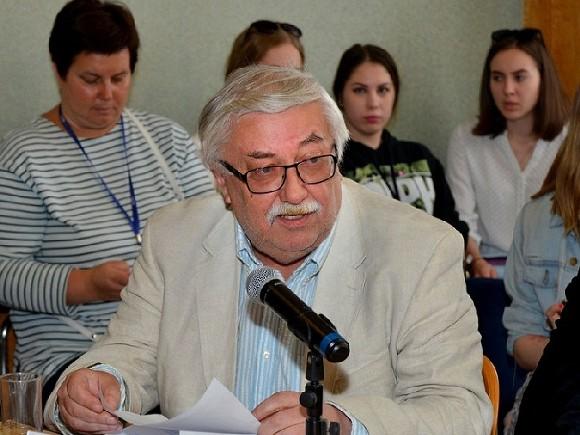 “Any tax and non-tax burdens, they present entrepreneurs with unnecessary costs. They need to compare with the potential benefits, which should allow their introduction. The fact that the increase of the standard for the disposal of goods and packaging will be costly for the entrepreneurs — something obvious. What it will cost us money too. Can we do a month-another will begin to breathe other air. But so far from the submissions it is not visible. What will be the cost — can be seen. But what we ultimately pay is not clear. Need to do calculations, to represent them as entrepreneurs, and civil society. To demonstrate that we will get the result. We’ll be down manna from heaven, and we, as in Switzerland, we begin to breathe the Alpine air? I honestly doubt it. I still think, based on the retrospect of such fees, the main purpose is to raise money”.

Member of the TPP of the Russian Federation, President of National packaging Confederation Alexander Boyko: 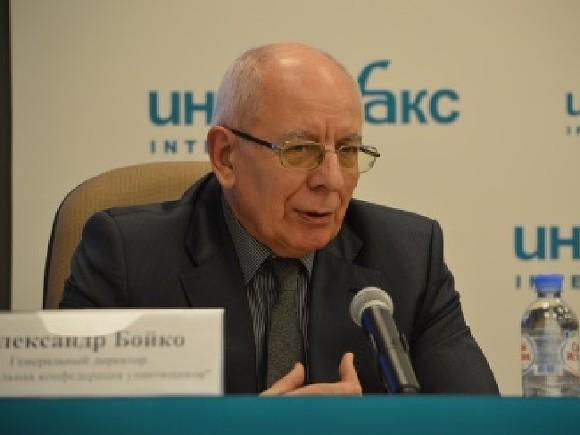 “It’s hard to imagine that it is possible to dramatically raise the level of recycling. It requires many years. While difficult to collect and recycle what is indicated by current norms. The jump is not possible.

In many countries, these indicators, which we now give an example, were decades. In the early 1990s, there appeared regulations for disposal, each year they have increased with the growth in processing capacity. We have a system of waste collection and sorting, especially if we talk about the trash, is still in polupervobytny condition. Makulatury at which the situation with the processing better, mainly work with the major consumers of packaging paper and paperboard: retail chains, hospitals. It is much harder to collect those resources in our farms. So the work must begin with in order to build a system of waste sorting, to encourage citizens and organizations to participate in it.

And, of course, you can set the task to eliminate poverty today, and tomorrow to make everyone happy, healthy and wealthy. To achieve one hundred percent utilization of the problem from the same series”.