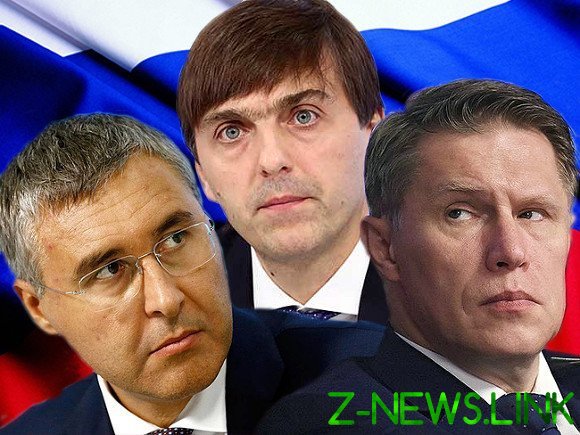 The list of state awards and other insignia and prowess of the new Minister of health Murashko:

— medal “For assistance to drug control authorities”;
— medal “For combat Commonwealth”;
— medal “For merits before the Chechen Republic”;
jubilee medal “45 years 3 the Department of the “P” SEB FSB of Russia”;
— commemorative medal of the interior Ministry of Russia “100 years of international police cooperation”;
— a memorable sign “the Medical service of criminal Executive system”;
— diploma of the Union of machine builders of Russia;
— thanks to the Russian FSB.

It is evident that some idea of the medicine man in the organizational sense there. However, other areas of interest too is widely presented. So that the seeker can lead a very diverse range of issues with about the same competence.

In General, the current government is described as government watchdogs: most of the new Ministers were engaged not so much by the branches which they threw to lead, how much supervision. In this part of the “breakthrough” is excluded by far is the government that will keep the defense on the borders. With the objective to die near the three birch trees, but not to retreat. However, it usually always ends the same way — you have to dig new trenches far from the current front line.