The government has failed half goals to boost the economy 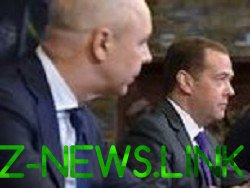 The Ministry of economic development of Russia on Monday introduced an updated version of the macro forecast to 2024, which has worsened expectations for the coming biennium.

Of the 10 national development goals, which were approved in may, Prime Minister Dmitry Medvedev and was conceived as a way to implement the may decrees of Vladimir Putin, a minimum of five to perform in the 2019-20 biennium will not happen, the MAYOR acknowledged.

Complete failure turns into an attempt to increase the birth rate. Instead of reducing the natural population decline, the country will receive its acceleration by 27% over the previous year and 110% in comparison with 2017, to 284,4 thousands of people.

Last year the death rate exceeded the birth rate in 224,1 thousands of people. According to the plan Medvedev, this year the natural decline needed to stabilize (of 219.1 thousand). And since next year is to reduce by 40% annually to 2023, the year she fell in the 7.5 times (to 29.9 thousand people) and in 2024-m would be replaced by even symbolic (per 1 thousand people), but natural population growth.

In fact, the annual forecast natural decline in five months, was completed by 82% although the number of deaths decreased (17.7 thousand), the rate of decline in the birth rate was three times greater (50.1 thousand people). In 39 subjects were dead people in 1,5-2,2 times more than were born.

Will not work and raise the standard of living, recognizes the MAYOR. For the year real disposable incomes of Russians will add only 0.1%. The increase of the level of error that is noticed by people, but which will allow Rosstat to avoid acknowledging the continued degradation of the situation will be in 5 times below, “Medvedev’s plan” (0.5%) and 10 times less than the original forecast MAYOR (1%).

After the income was defeated and the plan to reduce poverty. In the past year below the official poverty was 12.9 percent of Russian citizens, or 18.4 million people.

According to the plan Medvedev, this year the number of poor had reduced to 12%. However, in the first quarter of Rosstat recorded a jump to 2-year-old record in relative terms (14.3%) and almost 13-year-old record in absolute (21.6 million people).

By the end of year target will be narrowly missed by 0.5 percentage points, or 730 million people, according to the MAYOR: 12.5% of the population will be living with incomes below the subsistence minimum, which at the end of the first quarter was $ 11069 rubles for the working population, 8464 of the ruble, for pensioners and 9950 rubles for children.

Fails to increase non-oil and non-energy exports. According to the plan, exports of products other than hydrocarbons or simple mineral raw materials, this year should increase from 214 to 230 billion dollars. In fact a reduction of up to 210 billion dollars a year, warns the MAYOR.

The forecast for GDP growth will be fulfilled this year (1.3 per cent), but the bar for the next year the economy can not take instead of 2%, it will add 1.7 per cent.

Below expectations in 2019 will also be the amount of investment (growth of 2% instead of 3.1%) and retail trade turnover (the growth by 1.3% instead of 1.6%). These figures are not included in the development.

The Outlook for exports is reduced by all the next five years: in total until 2024 the economy will receive 125 billion dollars of foreign exchange earnings. In these circumstances, consumers and businesses will have to reduce purchases abroad of goods and equipment: imports will be less than forecast at $ 10 billion this year, 15 billion in the next 17 billion each year in the period from 2021-24 gg (in the amount of 93 billion dollars).

That the plan “breakthrough” is on the verge of failure, to blame the external environment and internal credit bubble, according to the MAYOR.

The global economy is slowing, and in 2019 for the first time in 10 years will grow less than 3%. The rate of about 2.5% per year will continue throughout the 6-year horizon. Europe’s aging population and debt Laden governments cannot include fiscal incentives and the have to pursue a policy of “living within our means”; the rise of China will hold high quasi-debt; the US economy threatens to overheat and trade wars, lists Ministry of.

Inside Russia, meanwhile, people rapidly climb in consumer debt, increasing loans from banks with a speed of 22-24% per year (1.5-1.7 trillion rubles). This situation is “features of social problems”, says the MAYOR: the average borrowers are given to repay the debt from 43.9% of their income, and 15% on payments to the Bank out 70% of earnings or more.

In a negative scenario, it faces a “sudden stop” in credit market and failure of consumer demand, which could send the economy into a recession in 2021 (down 0.6%), according to the forecast.