Home / WORLD / The gold standard of espionage is human intelligence, yet the CIA has never come close to perfecting the art and likely never will

The gold standard of espionage is human intelligence, yet the CIA has never come close to perfecting the art and likely never will 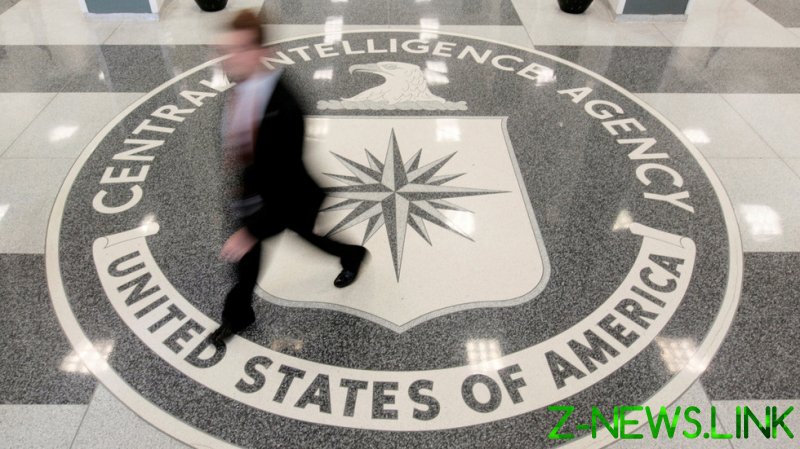 The New York Times has run a front page story highlighting the dismal state of human intelligence collection on the part of America’s premier intelligence service, the CIA. It points out that the agency has, in the past few years, lost “dozens” of agents – captured, killed, or turned – around the world. The article cites former CIA officers who blame an overemphasis on paramilitary and counterterrorism operations in the two decades since the 9/11 attacks, noting that the imperatives of intelligence gathering under combat-like conditions are anathema to the patience and planning necessary for classic human intelligence operations. But the reality is that the CIA has never done human intelligence well, and its record of failure predates 9/11, running right the way back to the agency’s founding.

The CIA exists for one reason: to provide intelligence products to policy makers inside the US government, which means to support the principal policy maker in the US government, the president. This is done by preparing various assessments, estimates, and briefings derived from secret information gathered through a carefully managed collection process, and subjected to informed, disciplined analysis by experts. These products come in different forms, with the most notable being the crown jewel – the President’s Daily Brief.

Intelligence comes from a variety of sources – imagery analysts examine photography obtained through satellites and reconnaissance aircraft, while signals analysts comb through immense databases of intercepted communications and emissions. A photograph, however, is but a snapshot of events that transpire over time, and communications often contain only a snippet of the entire conversation, or else lack overall context. The crème de la crème of intelligence over the ages has been the well-placed human source. Someone privy to the intimate nature of decision-making, who can bring a photograph or partial dialogue to life with first-hand accounts of what was happening at the time. Unlike a photograph or intercepted conversation, a human source can be accessed repeatedly over time for the purpose of answering questions or gathering new information.

Human intelligence is deemed so vital to the national security of the United States that the CIA has dedicated an entire directorate in the pursuit of those who would spy on their own countries. The officers assigned the delicate task of human intelligence collection are known as ‘case officers’. Case officers are considered the elite of the CIA, trained in a variety of dark arts, and skilled in spotting potential talent, recruiting them as a controlled asset, and then ‘running’ them – getting them to gain access to information deemed critical to the national security of the United States. Case officers recruit agents, and agents, by extension, become the gold coin of the CIA realm – the more agents one recruits, the better Case Officer they must be, and as such the possibilities of promotion increase.

Recruiting an agent is hard work – that is, if the goal is to recruit an agent of real value. Rare is the opportunity to gain access to the inner circle of decision-making taking place in a nation or organization targeted for collection. A case officer must gain access to a potential target, determine his or her access to information of value, and then ascertain the potential of success in bringing that person over to the side of the US. There are different means of motivating a person. While the ideologically motivated recruit is the most highly sought after, in terms of reliability, they are also the hardest to find, since hostile security forces are usually adept at weeding them out long before they grow into someone of genuine intelligence value.

The CIA, therefore, tends to exploit human frailty – alcohol, drugs, lust, greed, etc. – when recruiting an agent. The motivations of the recruited asset are, logically, suspect from the start. But as long as the information they provide is of value to the CIA, such things are overlooked.

Most CIA case officers work in so-called ‘covered’ positions, working with less nefarious job titles at US embassies around the world, so long as the role provides diplomatic immunity. The length of these tours is, therefore, defined by the ‘cover’ position – usually two or three years. The time it takes to spot, assess, recruit, and develop a human asset with proven access at the highest levels of decision-making is much longer than that. But case officers are judged by the number of agents they recruit, not their quality.

This reality is drilled into them during their first tour overseas, usually by an alcoholic ‘old hand’ who doesn’t want to be shown up by the newer generation. Taxi drivers, prostitutes, pimps, drunks, wife-beaters, liars, cheaters, and other assorted petty criminals – these get recruited by the CIA in droves. Case officers will often embellish the value of an agent, to the point of fabricating information. And if they play this game well enough, they get a promotion, and another plum assignment, where they get to repeat the same sordid behavior all over again.

The best human intelligence produced by the CIA comes from so-called ‘walk-ins’. GRU Colonel Oleg Penkovsky, who famously helped avert nuclear war during the Cuban missile crisis, was a walk-in. So, too, was Adolf Tolkachev, the so-called ‘billion-dollar spy’ who helped the US win the Cold War. What motivates a walk-in depends on the individual in question. Usually it’s ideology. The one thing most walk-ins have in common, however, is how they die – usually arrested and executed by those they betrayed, their identities revealed by the incompetence of the services they sold themselves to.

The CIA has a long history of failing those whom it recruited. Russia, China, Iraq, Iran – all of these nations have recent experience in rolling up agent ‘networks’ run by the CIA. In almost every instance, the demise of these agents can be traced back to one thing: incompetence by the CIA case officers responsible for running the operation. Incompetence, it seems, is a common virtue among America’s spies.

There is a tendency today to try and cloak the CIA’s failures by attributing them to the corrosive influence of counterterrorism and paramilitary operations. But the fact is, the CIA has been uniformly bad at the human intelligence game since day one. There will be a host of CIA defenders who will take umbrage at such a sweeping declaration. Most of these will be former case officers. While they will seek to shield their career-defining moments in a cloak of secrecy, the fact is they are defined by their failures, not successes. If you worked the Russia desk in the past 20 to 30 years, you have failed. If you worked China, you have failed. Iraq – failure. Iran – failure. North Korea – failure. Afghanistan? Yes, failure. Venezuela? Failure? You can literally throw a dart at a map of the world, and almost anywhere it strikes, you will find a failed CIA operation.

The CIA, in releasing the data about the number of agents that it has lost, is hoping that the disinfectant of sunlight can cure the institutional rot that has beset its human intelligence operations. Nothing can. The United States is left with a choice – to continue to allow the institutionalization of incompetence that characterizes the CIA’s Directorate of Operations to exist, knowing all too well that spies cannot self-reform, or to disband the CIA as it is currently organized, and start from scratch, where there exists an institutional ethos built on the notion of quality over quantity when it comes to the recruitment of human agents.

If I were a betting man, I’d go all-in on the continued embrace of incompetence. But that’s just me – I never worked for the CIA.