Home / Movie / The ghosts of the Abandoned Lighthouse (TRAILER)

The ghosts of the Abandoned Lighthouse (TRAILER)

The mystical horror film “Abandoned” (The Forlorned) will soon appear before the audience. This was announced by the company Midnight Releasing, who took responsibility for distribution of the film. For this reason it makes sense to see the story and trailer.

“Forsaken” is an adaptation of the novel by Angela Townsend. In the process of adapting the book, the writer has also acted as co-author of the script:

Attracted by the announcement, Tom Docherty arrives at the island and met with the superintendent of the old lighthouse. Tom needs to patch up the old building, pay well, offer tempting. However, he’s the only one who responded to this job, and soon he will know why. In this God-abandoned place, strange voices are heard; there’s something otherworldly, something frightening, something addictive Tom deeper into the darkness of the past.

In General, the release looks quite doubtful. Of the actors more or less stands out only old Dangerfield. Judging by the trailer, Christensen also tries puchit eyes, feigning horror, but somehow weak man acting. But he has a beard.

The premiere will take place on 3 October. “Abandoned” will be presented on Amazon Instant, iTunes, Xbox, Vimeo, Steam, Vudu, Google Play and other platforms. 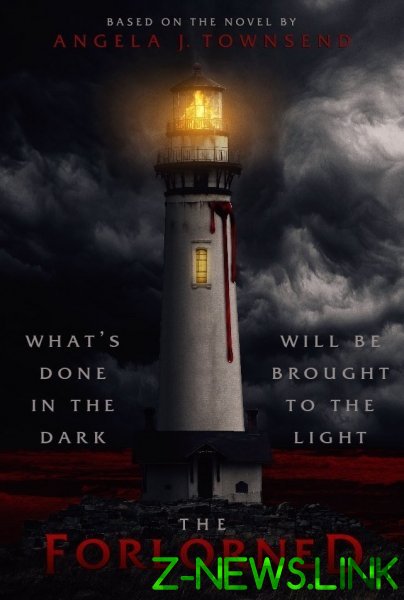