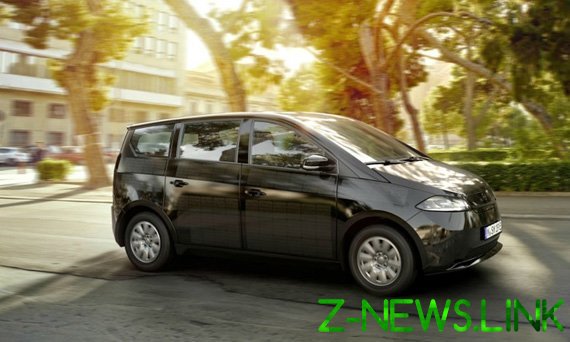 The production of five-door hatchback Sion (header photo) will begin next year, as stated by Sono, it is planned to produce approximately 43,000 electric vehicles per year.

In General, over the eight-year period will be produced 260,000 vehicles, the company said.

Sion equipped with solar cells embedded in the surface of body panels of the car. According to estimates, the charging of batteries from solar cells can provide a range of 34 km. in addition, the car can be charged from a conventional electric network. In this case, when fully charged battery power reserve of the electric vehicle will be 250 km.

After the presentation of the prototype of its models in 2017, Sono began to test their cars on the roads in Europe.

Sono notes that Sion is equipped for sharing equipment, which will allow owners to offer their car for car sharing through the application.

The charging function in both directions, allows Sion not only recharge myself, but to feed other electric cars or just to give electricity to the network.

As stated by Sono, Sion will cost 25,500 euros. The company notes that they have already received about 9,800 orders for your car.

It is also planned the development of other models on this platform, says Sono.

NEVS bought assets of Saab Auto in 2012 after the collapse of the Swedish automaker. NEVS initially planned to manufacture their own electric cars on the basis of the Saab 9-3 in Trollhattan.