The German authorities removed the ban on citizenship for polygamists 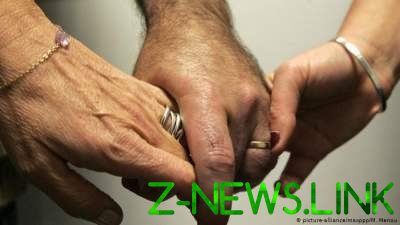 The German government has removed the ban on citizenship for the polygamists from the bill.

The interior Ministry and the Ministry of justice of Germany disagreed with the rule prohibiting citizenship for those who live in polygamous marriages. In the end, the ban from the bill was removed.

The new draft citizenship law of Germany provided that it will not be able to receive foreigners who have more than one wife. Now this rule is deleted from the project, said on Sunday, may 5, the newspaper Welt am Sonntag, citing the Ministry of internal Affairs and justice. Further, the document will arrive on consideration in Parliament.

See also:  A terrible accident in Germany: footage from the scene of the tragedy

For the rule prohibiting the nationality of polygamists acts Ministry, his proposal was not supported by the Ministry of justice. In response to criticism of the Ministry of justice called “self-evident” that, according to the German Constitution, to grant citizenship to polygamists “cannot be and speeches”. The interior Ministry is going to introduce this ban, but not in this bill.

Polygamy is forbidden in Germany, but such incidents rarely known and rarely they reach court. In addition, only punishable remarry in Germany without terminating the previous one, but not polygamous marriage, which concluded in another country and in fact continues in Germany. Under the rule also does not apply to marriages registered by the authorities of Germany and the imams.

The Federal office for migration and refugees (BAMF) in Germany has no data on how many arriving migrants and asylum-seekers live in polygamous marriages.