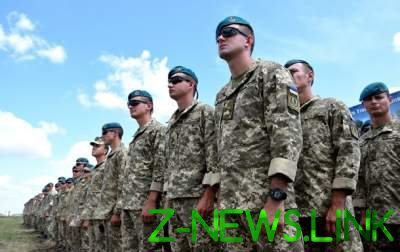 This year in the Ukrainian-American military exercise Sea Breeze will be attended by about 900 personnel.

In the Ukrainian-American exercises Sea Breeze in 2019 will be attended by about 30 ships, 30 aircraft and more than 900 personnel of the marine units of different countries. On Monday, April 22, reported the press service of the General staff of the armed forces.

On the eve in Odessa hosted the final planning conference of the Ukrainian-American exercises Sea Breeze to NATO standards.

“The aim of the event is the final approval of the plan of the maneuvers, the format of participation of the participating countries and reconnaissance of venues. As expected, the international exercises will be held in the North-Western part of the Black sea in the Nikolaev and Odessa areas”, – stated in the message.

It is noted that in the conference, except for Ukraine, was attended by 14 partner countries of the Alliance.

“The main advantage of the present teachings will be the scope and unique format of the game, as servicemen of the Ukrainian Navy together with the partners will perform to NATO standards where possible – sea, land, air and under water,” – said the first Deputy commander of naval forces of Ukraine rear Admiral Alex Neiipp.

According to him, it is planned to involve about 30 ships, 30 aircraft and more than 900 personnel of the marine units of different countries. In addition, the General staff stressed that the current Ukrainian-American maneuvers a series of Sea Breeze will be very useful for the participants.

We will remind, last year in the Ukrainian-American exercises Sea Breeze-2018 involved military personnel from 19 countries-members of NATO and countries participating in the NATO program Partnership for peace. Total has been involved in 29 surface ships and boats and air group, consisting of 25 aircraft and helicopters.