Home / Society / The gap of expectations and reality

The gap of expectations and reality

Why in the 1990s came disappointment in the liberal project?

Because the Soviet people wanted to live, as was shown in Hollywood films about Beverly hills, and continue to work as accustomed under socialism. This gap of expectations and reality.

As with those two “Volga” Anatoly Chubais. “Volga” to wanted, and you wonder who will make 300 million cars, not honored, and certainly was not going to do them.

Actually the Soviet people wanted a welfare gift. Everyone wanted to be “Abramovich”, but the vast majority was not such cunning and active as Roman Abramovich.

Well, needless to say, it divided all the property that remains from socialism was not millions to billions for each, and insignificant “penny”. It in reality talking about a few thousand dollars on each (want to check this number, divide the current stock market capitalisation of the Russian Federation on all 145 million inhabitants), and in the case of the sale of the whole property of the country to foreigners.

It should be noted that in addition to the oligarchs who made a fortune on the unjust “voucher privatization” (it should be understood that any privatization may not be fair in principle — will always be offended), among the living, “as shown in Hollywood” under Putin, added his friends, senior and middle rank officials and their relatives, high-ranking “security forces” and cunning “security forces” middle management. But rich did not privatization, and corruption, embezzlement of officials and banditry of the “siloviki”, which already blossomed under Putin.

In addition to the described categories from liberalism won the highly skilled professionals who, having left or remained in Russia, went to the average European standard of living.

Plus, they added the medium and small businessmen, which, however, in recent years the policy of “people are the new oil” has been podpravili Putin’s officials and security forces.

The bulk of the population of the Russian Federation has retained its Soviet poverty-poor living standards, which roughly corresponds to medium-low Soviet labour productivity, which with the exception of the fuel and energy sector and non-state part of the rest of the economy, which came to private capital, and have not been modernized to Western standards.

In fact, it is unclear why it should be different. 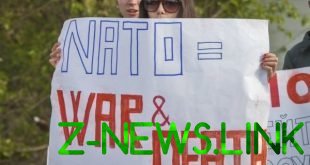