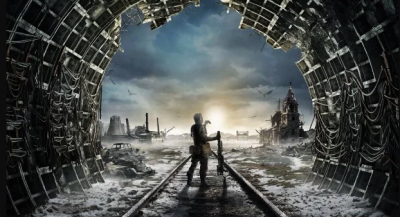 Metro: Exodus in the first days after the release has been criticized.

Ukrainian Studio 4A Games released a massive update for post-apocalyptic shooter Metro: Exodus, which was called Ranger. It added a mode “New game+”, a DualShock controller support and Steam Controller for the PC, and also spent a lot of performance improvements.

What updates will bring the Ranger patch? As reported by Overclockers, separately, the developers say the introduction of full Ukrainian localization (voice and subtitles) for Metro: Exodus, thus made the main emphasis on the roots of the Studio.

See also:  In Instagram impressed with the beauty of the Ukrainian Carpathians

Recall, Metro: Exodus in the first days after the release was criticized for being too “blurry” pictures when activating DLSS, and other problems with new technologies. To the credit of the developers, they quickly corrected the situation and continue to Refine their product over time.

See also:  For Call of Duty: aerial Warfare will be released final DLC