The Fund, which media associated with the consultant Prigogine, listed Butynol 5 million rubles 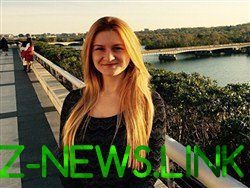 The Fund for the protection of national values, one of whose founders Peter Bychkov “Project” named a political operative associated with businessman Yevgeny Prigozhin, listed in support of the convicted in the United States Russian women’s Butinai 5 million rubles. This was reported on the website of the Fund.

“The Fund for the protection of national values transferred to the account of the Fund’s Butinai the first tranche in the amount of 5 million rubles from the required 43 million rubles. This will begin the procedure of filing appeal and improve the conditions of detention of our compatriots in prison”, — is told in the message.

It is noted that in the near future for Butinai will still be transferred.

We will remind, earlier the newspaper “Project,” wrote that the political strategist Peter Bychkov runs in the centre of Saint-Petersburg “back office” responsible for coordinating “African expansion”, which, according to the publication, oversees entrepreneur Yevgeny Prigozhin. On the website of the Fund for the protection of national values confirmed that Peter Bychkov is a member of the Board of Trustees of the organization.

The Fund positions itself as a non-profit organization “whose activities are aimed at protection of national interests of the Russian Federation, preservation of traditional culture, study of world experience, the protection of freedom of speech and of the representatives of the media around the world, cooperation with international organizations.”