The friction on the pole the bears staged an unforgettable show 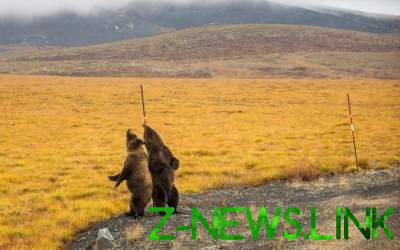 “Trash bears” – a phrase at once recalls the song from the Soviet movie “the Caucasian prisoner”. The song probably everyone has heard of, but it’s not every day you can see this phenomenon in relno life. But the Swiss photographer is lucky. Marcel gross photographed two Grizzlies, who scratched the back on the side of the road.

Such a sight was able to see 30-year-old man while traveling in the United States. When he woke up in a tent on the roof of the car in the Park, the Tombstone, before his eyes opened with an unusual sight.

To the road came two giant bear and quickly took a fancy to the poles on the side of the road. They immediately began to scratch on their back. First, both clung to one post, and then dispersed and continued relaxing treatments each in front of his.

“When I woke up and threw back the curtains of the tent, I saw two Grizzlies. I quickly went downstairs, grabbed the camera and started taking pictures,” says the tourist.

The man admitted that he did not fear the presence of predators, because the day before had met them when they were eating the berries near the place where he pitched a tent.

According to the photographer, it was the most amazing moment for all of his 403 days trip across the USA. 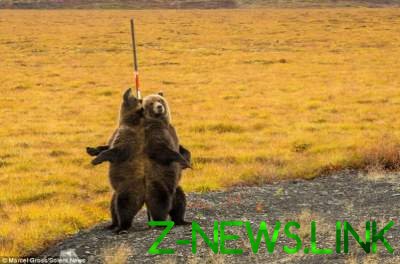 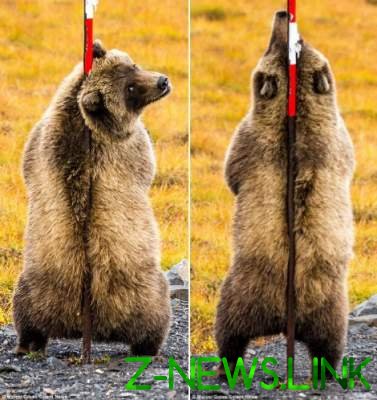 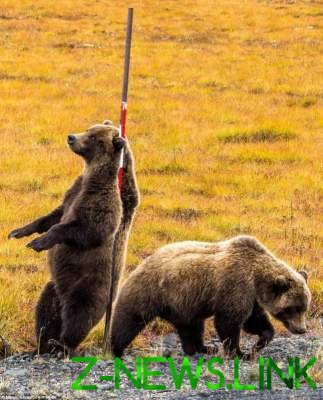 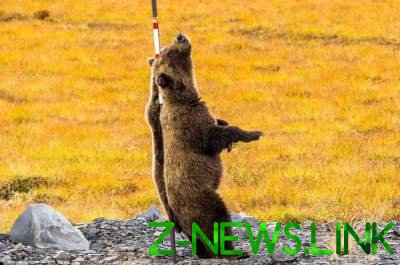 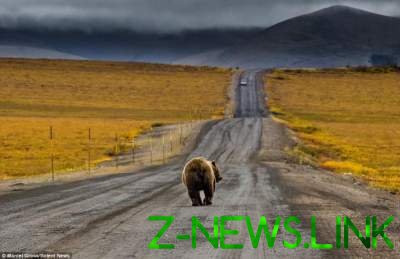