Home / business / The founder “Vimm-the bill-Dann” have decided not to come to Russia after the searches, the FSB

The founder “Vimm-the bill-Dann” have decided not to come to Russia after the searches, the FSB 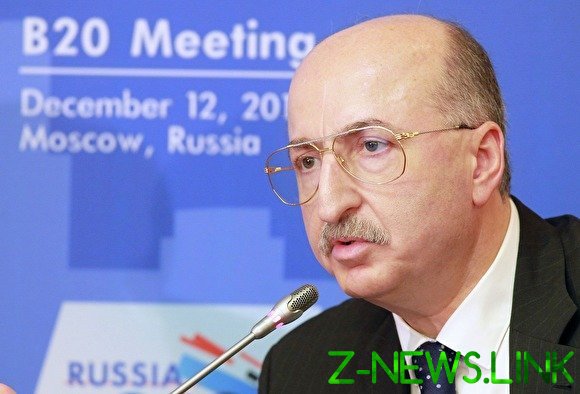 The founder of the company “Vimm-the bill-Dann” businessman David Yakobashvili decided not to come to Russia in the near future. This decision he took after the searches, the FSB in his Museum, which took place on the complaint of his former partner Boris Minagi. About this Yakobashvili said “Russian service of the BBC”.

“I haven’t been in Russia since March and I don’t plan to come in the near future, but this story will not arrive moreover, while this case will not understand. Inappropriate things are happening. Active activities I have in Russia is not just a Museum, it runs by itself”, — said Yakobashvili.

Now the businessman, in his own words, is in France. “I go to Geneva, London, Congo, Rwanda. Today I am in France,” — said Yakobashvili. At the time of the raids he was in Geneva.

Last week the FSB raided the Museum Meeting in Moscow. This Museum on Solyanka street, Yakobashvili opened in 2018. The Museum is about 20 thousand exhibits.

As reported TASS, the searches carried out in the framework of the criminal case, the defendants which is not yet established.

RBC, citing a source reported that investigations connected with the criminal case, which the FSB initiated on the complaint of a former business partner was Yakobashivili Boris Minagi. He accused the state Minister of stealing the funds of the Yeysk port Elevator.

In January 2018 Minagi has submitted to Tagansky court of Moscow the claim to Yakobashvili, which demanded to collect from it 4,7 million dollars of debt on the loan agreement. Approval Minachi, in 2010 they Yakobashvili entered into four loan agreements.

Yakobashvili, in turn, said that never took Minagi money, “as never experienced such a need.”

“On the contrary, he took, he always money in the debt without any supporting documents, gave parts to the present time the debt is fully returned,” — explains Iakobachvili the court’s decision.

In the Russian Union of Industrialists and entrepreneurs (RSPP), whose reign included Yakobashvili, said that is deeply concerned about the raids at the Museum.

“The business community is once again faced with the practice of the use of criminal-procedural mechanisms for economic dispute settlement”, — reads the statement of the leading Russian business associations.

In RSPP believe that such a method of resolving corporate disputes undermines investor confidence in the Russian legal system and generates a feeling of lack of security in the Russian capital.

President RSPP Alexander Shokhin in conversation with bi-Bi-si has compared the situation with the case of Baring Vostok.

David Iakobachvili is the 145 th place in the Russian rating Forbes with a fortune of 750 million dollars. The major asset of 51% in the oil trader Petrocas Energy Holding. Last year he invested $ 10 million in the messenger Telegram Pavel Durov.

UPD: Later comments RNS Yakobashvili said that didn’t make the decision not to come to Russia. “I, the air force said I the month of March are not in Russia, because I work, I got a lot of business here. In Russia, I have no interests, only a Museum. Next question, what happened now. Of course, this requires some clarification. I need time, that’s all. Was not, was nothing. What I summer come? I have no job now (in Russia — RNS), the Museum without me working,” he replied to the question if he took a decision to refuse to return to Russia after the searches.