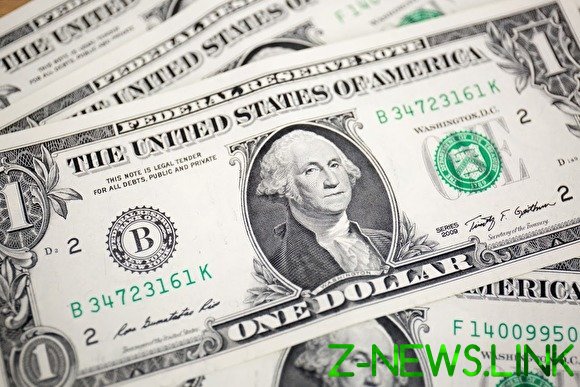 Former head of security of the President of Russia Vladimir Putin, the Deputy Director of the Federal security service Oleg klymentyev owns a house worth about 500 million rubles, located in the gated community of “River” on Rublevo-Uspensky highway. According to the publication Republiс, “River” is one of the most expensive and gated communities, all areas of it belong to high-ranking politicians, security officials and businessmen.

In the ‘ 90s Oleg klymentyev worked in Saint-Petersburg together with the current head of Regardie Viktor Zolotov in the protection of the first mayor of the Northern capital Anatoly Sobchak, and then went to work for Mr Putin, who then held the post of Prime Minister. For many years Klimentyev was a “personal aide” Putin writes Republiс. The publication notes that before Viktor Zolotov headed Resguardo, he made Oleg klymentyev’s Deputy head of security service of the President. According to a source Republic, Klimentyev oversees almost all aspects of the Agency’s activities. In addition to the protection of the President, FSO conducts public opinion polls enjoyed by officials of the Kremlin, is involved in the investigation of criminal cases.

“Klymentyev was a very modest person. Never asked for anything. When he moved to Moscow, then settled in some- that’s literally speaking! — the sprawl. There is a floor in the middle of the previous tenants burned. Here is Oleg with this, the burned floors and lived. Putin once brought his in on the conversation and found out, in what conditions there lives the officer of his guard. After that Klymentyev was allocated the apartment in the street Udaltsova. Apartment came, and money for repair was not. For a long time they were not yet able to enter it”, — told ex-colleagues General “the New newspaper”. According to the data of Rosreestr, the family of Klimentievich still owns the apartment in the South-West of Moscow with an area of about 130 square meters. With him as the owners there indicated his wife and daughter Irina Almasovna and Svetlana Olegovna Klimentieva.

He Klimentyev owns another apartment in a luxury building on Lomonosovsky prospect, wrote “the Source”, as well as a plot in the village Yascherovo near the presidential residence in Valdai, mentioned in the investigation of RBC.

In 2004 Klimentyev / daughter has received from the non-commercial partnership of users of areas Zarya land in the village Soloslovo, wrote “Novaya Gazeta”.In 2009, his wife got at “Agrocomplex Gorki-2” 33 acres in the elite cottage complex “Znamenskie prostory”. According to the “New”, they got it 43 times cheaper than its market value. In 2014, she bought a two-storey house with an area 751,7 square meters and a plot of 2507 square meter in the village of “River”. These data coincide with those in the Declaration of Klimentyev.

According Republiс among neighbors klymentyev in the “River” listed as son of Victor Zolotov affair-in-law and head of Regardie Yuri Chechikhin. Here is the plot of Nikolai Shamalov, a longtime friend of Vladimir Putin and co-owner of Bank “Russia”. According to media reports, his son Kirill was married to Katerina Tikhonova, who is called the daughter of Vladimir Putin. Near the site klymentyev is the house of the daughter of the Chairman of the Board of Directors of Gazprom Viktor Zubkov Julia — the former wife of ex-defense Minister Anatoly Serdyukov.

Note that over the past five years, according to the declarations of income, Klimentyev and his wife earned about the 77.7 million rubles.