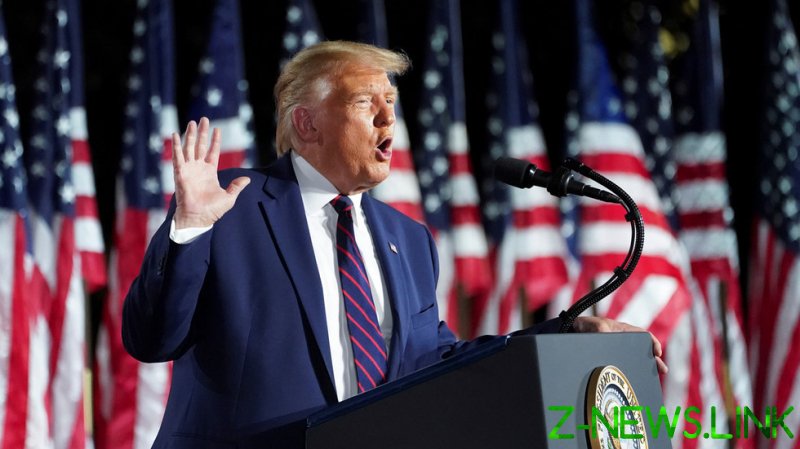 Although his time as president seems to be at an end, I believe that Donald Trump has a great many things to be proud of.

It’s safe to say that Trump did well for the Republican Party, given his significant achievements in foreign policy and the fact that the only president in my lifetime who has been as positive for the economy was Ronald Reagan. It’s no surprise, then, that a recent Rasmussen poll shows that 72 percent of the GOP believe that the Trump model is the one to follow moving forward.

I am inclined to agree, but I do think that there are some caveats that need to be put in there. Over the past four years, there have been some battles that the president has got involved in that were absolutely pointless, on top of some self-centered pursuits that really should not have happened during a presidency. As such, I’ve compiled a list of the Trump-inspired policies and strategies the Republican party needs to retain going forward… and those that it needs to ditch.

This is one thing that Trump got right from the very beginning. Most Americans believe that America is a good place that has done many great things. When the modern Democrat party seems to use messaging that is the exact opposite, this is an easy win. Generally speaking, Americans are very patriotic people and will respond positively to a positive message. It’s a very simple idea to show love for your nation and the people in it. The Republican party needs to continue with this messaging, because the people who want them in office love their own nation. And if that sounds like simple politics, it’s because it is. If you spend your time trashing the country that’s your home, why are people going to want to listen to what you have to say? The Republicans’ political opponents think that America is a hotbed of racism, sexism and more. The Republican should reject such negativity.

Focusing on a strong economy

The highlights of Trump’s presidency were when laws were passed that helped the working American – specifically the substantial tax cuts that were introduced. Between income tax cuts and corporate tax cuts, America became a much better place to do business. And on top of that, lower taxes are an easier political win than anything else. People don’t like paying taxes, so if you’re able to save them from that fate, they’ll back you. Inevitably there will have to be spending cuts as well, but hopefully when that time comes Republicans will see it as an opportunity to practise what they preach in regards to fiscal responsibility.

Negotiating with a strong hand

Despite what some may believe, the Paris climate accords were a dumb idea. Trump pulling out is just one example where he showed the necessity of coming to a negotiating table knowing exactly what you have in your hand. In this particular case, he knew that the accords would have shattered the US economy and were unenforceable, and as such could pull out of them without much trouble. Anytime that Trump has won a negotiation over the last four years, he has used a similar tactic. It shouldn’t surprise anyone that this is something he emphasized in his book, The Art of the Deal. Republicans need to keep this in mind, because after Reagan and before Trump they made way too many compromises that didn’t need to be made.

“Endless war” is a term from George Orwell’s 1984 that I would like to see used less, because most people don’t understand the context. Even so, the desire to get away from constant intervention in the Middle East has been a position that Republicans should have taken a long time ago. Despite whatever feelings I have about Iraq and Afghanistan, it’s high time that we exited both countries. This idea resonated with many people, and is something that Republicans need to hold on to. It’s very true that America will always have enemies, but we have to realize that they aren’t going to attack us because they understand that it would be a suicidal thing to do. Given how Trump has managed to keep us out of entering any extra wars on top of the deals he has brokered in the Middle East, it’s safe to say that smart negotiation is the way to go as opposed to bullets.

Being tough on immigration is a necessity, because it keeps dangerous criminals from other nations from abusing American citizens and also makes emigrating to the US something that retains some value. Given that Republicans tend to have such a strong sense of law and order, this should be an easy one to keep. However, even Reagan made compromises in regards to immigration that he never should have. As such, going forward, there needs to be a strong adherence to strict policy.

There is no reason for Republicans in future to be as obsessed with Twitter as Donald Trump has been. Despite the many good things that I enjoyed about his presidency, there have been points I found myself screaming at my phone when I noticed that he was tweeting about something that, put simply, he should be fixing. Constant presence on social media gives the impression that a job is not being done. Politicians’ goal with social media should always be to sway voters and keep constituents informed. Someone like Dan Crenshaw uses it well to discuss the ins and outs of government so people are never out of the loop. More time should be spent winning people over and helping them to understand why America is so great, as opposed to complaining about Jim Acosta’s idiocy.

Focusing on the media

Trump was right to criticize the mainstream media, because their attacks on him were relentless and ridiculous. However, there were times when he would attack the media when a response wasn’t even necessary. It’s one thing to win a fight that is worth winning; it’s quite another to beat a dead horse. This is a fine line that Republicans are going to need to look at going forward. If you smack a major network for a lie, you will gain favor with people. But if you continue to bang on about it for months on end, inevitably people will get sick of it. Republicans need to focus on winning quick battles against the media, then get back to business. There needs to be more focus on good governance, and less focus on fights with the press.

This has been an issue with Trump’s administration from the beginning. It seemed like new staffers were coming in and out almost on a weekly basis. Although some changes in an administration’s cabinet are to be expected, Trump moved people around more than seemed necessary. If the Republicans want to be seen as a party of stability, they need to avoid this if they ever secure the White House again. When people vote for you, they want to know that the machine is being operated by someone who can keep it running smoothly. Tossing out staff quicker than you can say Anthony Scaramucci does not portray that sort of stability.

Losing this is also key to projecting an image of stability. I never understood, for example, why a conspiracy theorist like Roger Stone was a Trump advisor at one point. Then we have Sidney Powell and the “strike force” that is the president’s legal team. There have been times when Trump might as well have hired Mickey Mouse or Daffy Duck to be part of his staff. This menagerie of morons did nothing for the public’s faith in the president. Going forward, Republicans need to be smart and tactical with their staffing choices at any level of government. The last thing you need at such high levels is public embarrassment brought about by using people who don’t have the competency to get the job done.

Turning on your allies

Trump’s constant ability to turn on his allies is definitely a trait the Republicans need to lose, and fast. Anytime that a political ally seemed to even mildly frustrate Trump, you would hear about it on Twitter. This served no purpose. Discussions could have been conducted behind closed doors instead of becoming a drama for the world to witness. Just ask Jeff Sessions, for example, one of Trump’s earliest supporters who was thrown under the bus by him. Such behaviour makes the Republicans look like snakes – not exactly the kind of people you want to vote for.

If the Republican party keeps all this in mind, they can gain more ground in the mid-term elections of 2022. However, if they do not learn from the president’s mistakes they are doomed to lose ground in the same way that Trump seems to have lost the White House.