The first part of the ninth plot of a Tarantino film

So, Manson is dead and can’t see how to remove a movie about him Quentin Tarantino. However, according to insiders who have read the script, Charles is there given not the biggest role.

Edition of Vanity Fair reports that the plot of the as-yet-untitled film will revolve around a certain television actor. He starred in one successful series and is now trying to break into the movie business. His friend (and understudy part-time) doing the same. The backdrop of this story is the sensational murder of Sharon Tatecommitted by members of the “Family” Manson.

As we have said, the role of Tate tipped actress Margot Robie (“suicide Squad”). Also in the film could star brad pitt (“Inglourious Basterds”), Leonardo DiCaprio (“Django unchained”), Jennifer Lawrence (“Mama!”), Samuel L. Jackson (pulp fiction) and suddenly Tom cruise, star of the franchise “Mission: impossible”. Officially castes not yet approved, but we can be sure that he will, as always, delicious.

In addition, a couple of days ago it became known that the film will be released under the wing of SONY. The dudes from the company had to work hard to win over such rivals as Universal Pictures and Warner Bros.. They say the last especially rasstaralis, making a presentation for Tarantino in the entourage of the 1960s, with whiskey and music. But probably influenced by the fact that Quentin already has successful experience of cooperation with Sony, because they were engaged in international rental service “Django unchained”. Also, the company has agreed to the conditions, the Director has full creative control and a significant percentage of box office receipts. In short, it seems that Tarantino made a very favorable deal.

Shooting should start next year, and the painting itself is planned for release in 2019. 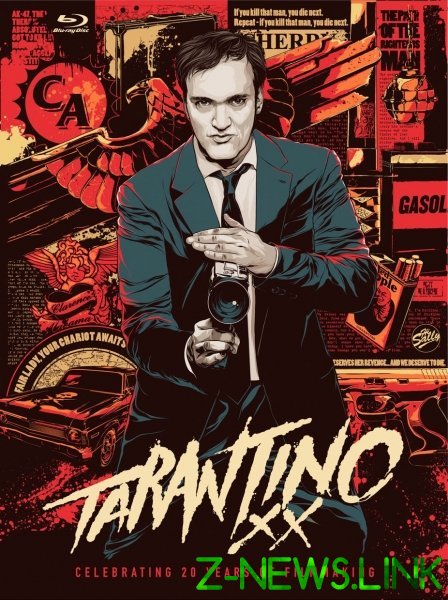