No, it’s not about Sam and Dean, who travel about on the roads of the United States in search of supernatural creatures, to allow those to flow. This time the focus of real historical figures. But this does not prevent to catch up on the plot a frightening mystery.

Oliver Fisher Winchester was engaged in the manufacture of weapons. The rifle that bears his name, the whole world knows. What most don’t know about the legend with which it is associated. They say the spirits of those killed by that gun people are persecuted descendants of Winchester. In fact, the Winchester mystery House talking just in the context of the family curse.

In 1884 the widowed Sarah Winchester purchased the mansion and immediately began to rebuild it. From the outside it looked wildly, but the woman had a purpose. Through a medium she was able to communicate with spirit husband, and he revealed to her the cause of all ills… So here’s the horrible page of history.

The official synopsis of the film sounds like this:

Sarah Winchester, heiress of the famous arms company, lives alone in a Grand seven-story building whose architecture defies logic, and the corridors are like mazes. By order of the grieving widow’s mansion is constantly changing and endlessly erected new walls. But it builds not for himself, not for his niece or talented Dr. Eric price, who came to the mansion at her invitation. Sarah builds a trap for the hundreds of vengeful ghosts, and the worst of them want to deal with the clan of Winchesters.

Recently the film received the cumbersome subtitle, and now bears the name of “Winchester. The house that ghosts built” (Winchester: The House that Ghosts Built). Director’s chair fraternally divided the Michael and Peter Spirig, the Directors of “warriors of light” and the eighth “Saw”. They are the same, only with the participation of Tom Vaughn (“Nine lives”), wrote the script.

The caste is first of all draws attention to itself littered with various awards Helen Mirren (“the Queen”, “RED”). She will play Sarah Winchester, and we have already seen her in the image at the first frame of the movie. Also in the cast seen Jason Clarke (John Connor of the Genesis of “Terminator”), Sarah snook, who starred in Spiridov in “timecop”, and Angus Sampson, noted in all four of the “Astrals”. But they, of course, is not limited.

We got the first poster of the painting and its localized version. From day to day seems to promise a trailer and a ride. So don’t go far.

The world premiere is scheduled for February 2, 2018, and the Russian moved in on 5 April. 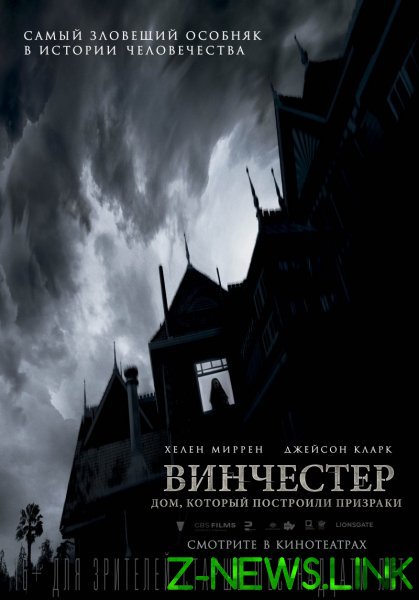 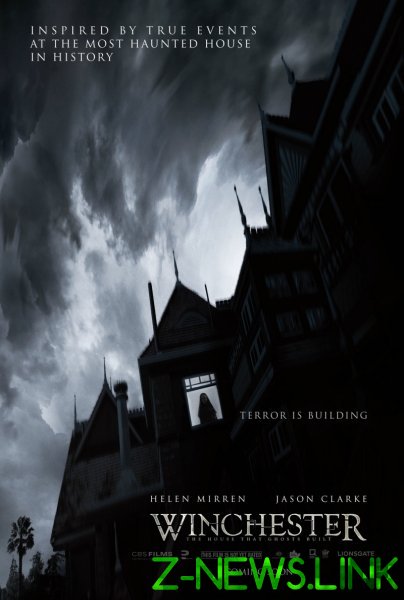