New fantasy famous by Lars von Trier called “the House that Jack built” to get hold of the first official frame. The main character, serial killer Jack performed by Matt Dillon, watching us through the film curtain in the morgue. And, in my opinion, sickly resemblance to Colin Firth.

About the new film master from Denmark know not that much, but enough to be interested. Starring in addition to Dillon have already noted , Riley Kio, Uma Thurman, Yu JI-tze and Bruno Ganz. With such a professional team and such a talented Director the film is simply obliged to enter the lists is expected for the highest places! Well, while we wait for the end stages of post-production and release tape in 2018, again let’s recap the plot:

The film “the House that Jack built” takes place in the 1970-ies in the United States. The story tells about a gifted young man named Jack and five incidents which resulted in a chain of committed serial murders. The events will be told from the face of the Jack to which each of the murders is a work of art, even if the world condemns them. Despite the fact that the police are getting closer to unlocking his personality that provokes and puts pressure on the Jack, he, contrary to logic, seeks to achieve greater perfection in his “art”. Through the story about the inner world of the killer, about his problems and thoughts in a conversation with an unknown man named Verger, the viewer will plunge into the atmosphere of a grotesque mixture of intellectual “mind games” mixed with childlike self-pity and excuses for his dangerous and controversial nature. 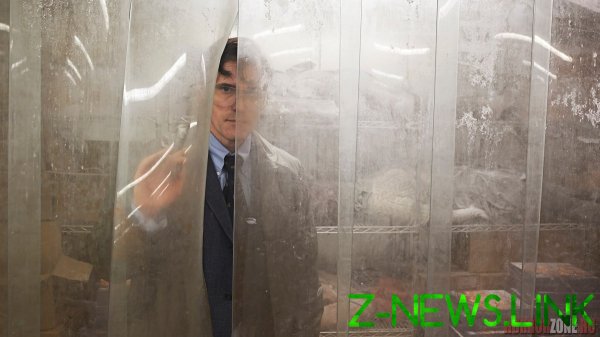