Home / Game / The first details about Assassin’s Creed about Vikings

The first details about Assassin’s Creed about Vikings 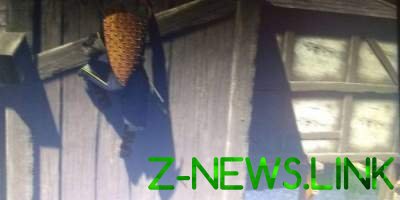 If you believe the author of the new leaks, game are going to be called “Ragnarok”.

The game Assassin’s Creed Ragnarok, apparently, will be released next year.

If you believe the author of the new leak from the site 4chan, the novelty will appear in the autumn of next year on current-gen consoles, and the PlayStation 5 and a new Xbox. The main project team is at Ubisoft Montreal.

World map in the new game divided into kingdoms, covering the land of UK, Denmark, Sweden, Norway and Finland. Each Kingdom is divided into regions with unique populations, which can be customized.

The protagonist of Assassin’s Creed Ragnarok should become a close ally of Ragnar Lothbrok, which will help in the formation of the great heathen army. In the story a full back assassins, and the main character will receive a personal hidden blade.

It is noted that in one mission the player will go in search of the legendary hammer Mjollnir. According to rumors, the character will also be able to use the World tree Yggdrasil to travel between the nine worlds.

Interestingly, in 2018, a former employee of the company Michel Nucera posted concept art, labeled as Assassin’s Creed Ragnarok. Later, the artist renamed the images and said they belonged to his personal project.

Journalists point out that to treat this leak should still be with great skepticism.

Add Assassin’s Creed – a series of multi-platform computer game in the genre action adventure developed by Ubisoft Montreal for PlayStation 3, PlayStation 4, Xbox 360, Xbox One, Windows and others. The first game was released in 2007 and received several sequels.

Action games Assassin’s Creed series takes place in different epochs in the history of mankind and in different countries, against the background of various historical events, such as the Third crusade or the French revolution, with the addition of the science fiction and crypto-history.