The first Apple I computer sold for half a million dollars 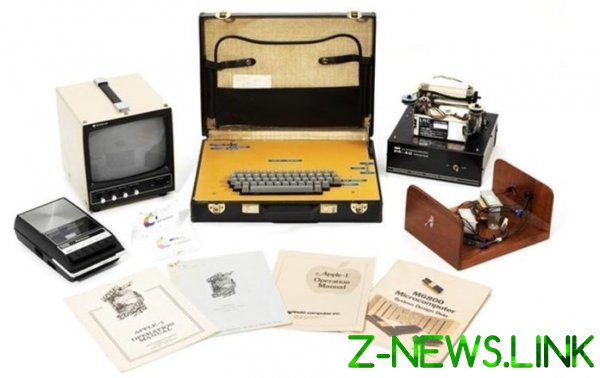 This PC was collected personally by Steve Wozniak, partner of Steve jobs. Model released in 1976.

The first Apple I computer sold at auction for 371 thousand pounds ($471 thousand). It was collected personally by Steve Wozniak, partner of Steve jobs. This is stated on the website of Christie’s auction, reports the Chronicle.info with reference to korrespondent.net.

Series Apple I included only 200 computers. Usually it was a wooden case with a keyboard, but if you want you can put the computer in a carrying case.

In 1976, when entering the market the Apple I computer was sold for 666 dollars. But now, 40 years later, the device managed to sell in 705 times more expensive.

Huawei is developing a replacement Android

Earlier it was reported that the new Google ads mocked Apple for “imperfect” navigation capabilities.