Home / Incident / The fire near Kiev claimed the life of women

The fire near Kiev claimed the life of women 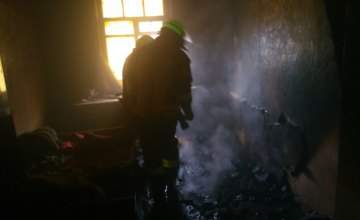 The fire happened today, the 25th of November.

25 Nov at 10:04 in quickly-dispatching service of the Volodarsky district received a message about a fire at: the village Volodarka, St. Yaroslav the Wise.

On the scene left 2 branch 6th State firefighting and rescue part of the village Volodarka. As it became known, there was a fire in a private house, which presumably is the owner.

See also:  The IG has claimed responsibility for the massacre in Surgut

The fire was localized at 10:24 and eliminated at 10:37. While extinguishing the fire a body was discovered hostess 1933 birth. The elimination of fire were involved in 6 personnel and 2 vehicles.

The cause of the fire is established investigative team of the police.