Home / business / The fighters reported the deaths of “Ukrainian saboteurs”

The fighters reported the deaths of “Ukrainian saboteurs” 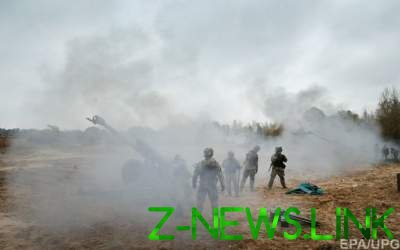 At the headquarters of ATO have not confirmed the information about the death and captivity of soldiers of the armed forces.

On Saturday, November 25, resources fighters ORLO reported the death of three “members of subversive-reconnaissance group of the armed forces” and wounding another.

This, in particular, the spokesperson said, “Ministry of defense” LC “Andrey Marochko.

According to him, fighters of VSU was planning to “infiltrate “LC” near the village of Frunze and carry out provocations.”

See also:  In Russia, the gas station blew up tanks with fuel

Marochko said that the wounded were evacuated from the scene of the incident, he was given first aid and then taken to the hospital. The bodies of the victims were allegedly handed over to relatives to Kiev-controlled territory for burial.

In turn, the press center of the ATO headquarters confirmed this information.

“Now this information (about the deaths and wounding of soldiers) we have. We saw this video. This information can not be confirmed, authorities are testing it” – said the press officer of ATU Vasyl Laba.