The feast during the plague at the expense of the voters 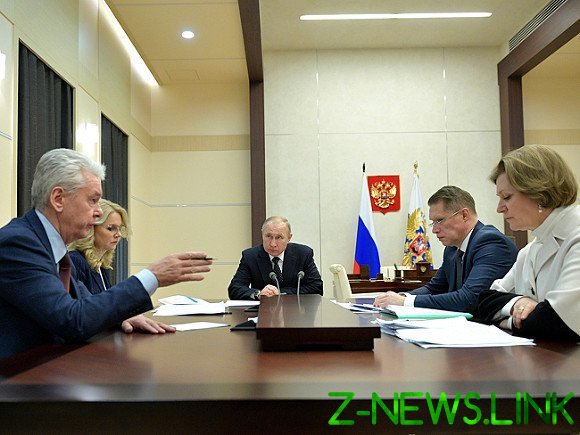 First, good that he finally agreed to postpone the vote on the Constitution. The organization of such large-scale events in the context of a pandemic is just crazy, which would have cost thousands of lives.

Second, measures of social support of citizens in times of crisis is also the normal practice. Why else have a government if it does not help in such situations? Additional payments for maternity capital, increase of unemployment benefits, tax breaks for small business — it’s all reasonable.

Reasonable, but in the overall scale of the disaster — penny.

Now what is most painful for citizens, whose income decreased? The utility payments. People sit at home, save on everything, but utilities bills eat up a significant portion of the family budget. In France, for example, the authorities at the time of the epidemic freed citizens from these benefits. It is known that such a measure was discussed in the Russian government. But no — these costs Putin too great.

I’m not talking about the now popular in Western countries, the idea of direct financial support to citizens in crisis. For example, in the United States decided to pay each adult citizen of 1 thousand dollars plus each child is provided another $ 500. Can afford it Russia? Of course, it can. On such measures, insists, for example, economist Konstantin Sonin. But Putin even discuss such not ready.

Thirdly: why not? In Russia, a significant amount of reserve funds, a huge gold and foreign exchange reserves. These tools sure would be enough for all and to support small business failing and unemployment benefits, and freeze utility bills, and direct support of citizens.

In reality, Putin did not even plans to spend reserves on social programs to pay for the commitments announced today will have citizens whose wealth is above average. No, it’s not about the billionaires and not the oligarchs, as you might think. Pay will be middle class.

Among the announced measures is provided, in particular, the removal of 13 per cent on income from Bank deposits and securities that exceed $ 1 million. Due to these funds will cover additional costs.

Finally, a huge state reserves. They also, of course, will spend in the near future. But quietly, without the “address to the nation” and other pathos. Spend them will be to rescue the largest state corporations, banks and help Putin’s fellow oligarchs. All this we have seen during the crisis of 2008.

First come, Aeroflot, which recently spent a crazy advertising money to feed Margarita Simonyan. Can I have: 200 billion. “Purely to maintain the pants, Mr President!”

Then will appear Sechin, who first brought down the price of oil, and now ask subsidies for the salvation of “Rosneft”. How not to help an old friend?

Then the government will fall over the crowd of representatives of the state banks, too, will get his billions, no doubt. Well, the oligarchs smaller line up, of course, where do without them.

In General, a feast during the plague at your expense, dear voters, will be held behind closed doors. Carefully follow the news and soon will see for yourself.

Citizens, Putin today generously shook the crumbs from the table. Anything does not deny, and get ready to vote for his eternal rule.