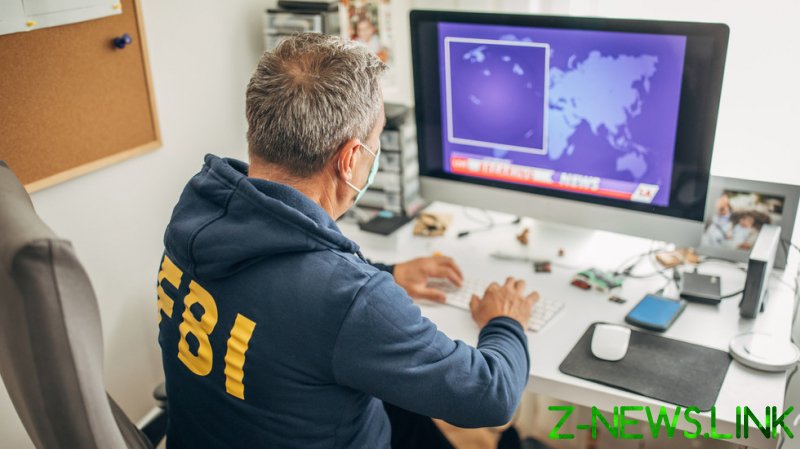 A damning report by the Department of Justice Office of the Inspector General (OIG) has revealed that a US Federal Bureau of Investigation (FBI) special agent used photographs of female support staff employees to pose as underage females in a sex trafficking investigation, enticing would-be predators via social media.

Shockingly, the basis for the probe was an allegation that the agent had engaged in an “inappropriate relationship” with a female support employee, in which he among other things requested the staffer provide him with provocative pictures of herself for online undercover operations.

The report found that the numerous females who were exploited in this manner were neither certified undercover employees nor certified online covert employees.

There are “various approval and documentation requirements and extensive certification requirements” related to the use of such tactics in FBI operations, but no such policies apply to non-certified employees, meaning there is no requirement for informed written consent, supervisor approval or even supervisor notification to protect them. It is seemingly precisely this gaping loophole that the agent manipulated to their own ends.

Photos of the female staffers in question reviewed by the OIG purportedly featured blurred faces, and the subjects were fully clothed. However, the special agent behind the ruse admitted during the investigation that he did not document which employees were used, obtain written consent from the employees or keep a record of the websites on which the photographs were posted and when they were posted. The agent claimed this was a result of “fishing” across multiple sites.

Moreover, the agent advised all participating female staff not to tell anyone about their undercover work, including their supervisors, and was unable to produce any documentation regarding how the photographs were obtained or used. The Bureau also has no idea whether the photos are still available online, or whether they were downloaded, copied or disseminated further.

“The OIG believes that this conduct poses potential adverse consequences for [non-undercover] employees participating in UC operations, including potentially placing them in danger of becoming the victims of criminal offenses,” the report ominously cautioned.

The Bureau went on to manipulate the site’s code, and installed tracking malware on any computer that accessed Playpen, before handing the location of users’ computers to law enforcement, with just one search warrant. While the site only operated another fortnight before its closure and the mass arrest of implicated individuals, according to one “conservative estimate,” the FBI distributed around 1 million images of child abuse while it was in charge of Playpen.

At the time, Corey Rayburn Yung, a professor at the University of Kansas School of Law, charged that the Bureau had “actively participated in the revictimization of those depicted in child pornography with no possibility of controlling distribution,” conduct that was “immoral and inexcusable.”

On top of the numerous clear and grave ethical questions arising from a US government agency managing a resource providing among the vilest criminal content imaginable to some of the most dangerous individuals to stalk the Earth, its legality and efficacy are highly questionable.

In all, 1,300 unique IP addresses were implicated in the Playpen investigation, but fewer than 100 cases made their way to court, and judges in several US states found that the FBI’s activities had been illegal, leading to evidence being ruled inadmissible and numerous defendants walking free.

Even in a case where evidence wasn’t suppressed or indictments dismissed, the presiding judge slammed the Bureau’s tactics as “outrageous” and amounting to using “child victims as bait” without their knowledge or consent, or their families’.