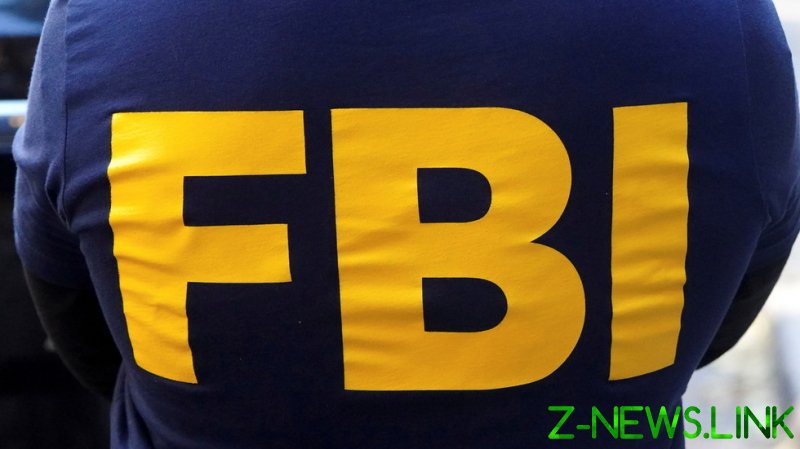 The Federal Bureau of Investigation has gone on some wild goose chases in its time – from pursuing imaginary communists in Hollywood under the McCarthy era, to searching for proof that the Kremlin put Donald Trump in the White House. None of these flights of fancy, however, have been crazier than agents tracking suburban moms and dads, all for the ‘crime’ of being increasingly vocal at school board meetings across the country.

Yes, you read that correctly. The G-men have been activated to track parents who’ve had the audacity to exercise their First Amendment right to free speech ever since public schools started looking more like indoctrination camps than educational facilities. Not long ago, parents could rest at ease knowing their children were receiving a wholesome education by instructors who checked their political beliefs at the door of the schoolhouse. Those days have taken a long recess.

Today, parents are struggling to wrap their brains around the fact that their kids are receiving an ideological brainwashing on wildly misinformed ideas, like Critical Race Theory, which teaches, in a nutshell, that all white people (the very people, by the way, who supported passage of the Immigration and Naturalization Act of 1965) are natural-born racists. And then there’s transgenderism, which preaches that the easily observable biological classification of ‘male’ and ‘female’ are mere figments of the imagination; every person, the theory goes, is able to determine their ‘true’ gender identity, of which there are said to be over 100 varieties.

Should anyone apologize that many parents are vociferously opposed to their children being educated on such unconventional subjects? This mounting frustration has turned once monotonous school board meetings into electrically charged shouting matches.

In response to this outpouring of public criticism, did school officials show some humility and rethink the curriculum being taught in the classroom? Did they consider the possibility that the views of the parents just might deserve some consideration? Dream on; ideologues rarely admit they are wrong. What happened instead is that the National School Boards Association called on the Biden administration to protect teachers and schools from the threat of – are you ready for it – “domestic terrorism.”

When asked to testify before the House Judiciary Committee last month over the reckless rhetoric, Attorney General Merrick Garland said that he “could not imagine any circumstance” under which parents complaining about their children’s education would be “labeled as domestic terrorism.” It appears that either Garland lied to Congress, or he is grossly unaware of madness happening on his watch.

This week, an anonymous FBI whistleblower released an email from early October, showing that the FBI’s counterterrorism and criminal divisions created a “threat tag” to “track instances of related threats… against school board administrators, board members, teachers, and staff.” To say that sends a chilling message to all Americans, who simply wish to have a say over what their children are learning, would be an understatement. But it gets worse.

In the very same week that the FBI email was made public, Jann-Michael Greenburg, the president of the Scottsdale Unified School District board, was allegedly found to have access to a dossier on school parents who had criticized the board and protested mask mandates. The file, which made a brief appearance online, contained the social security numbers, divorce records, financial data, Facebook comments, and photos of children of the targeted parents.

This sort of Stasi mentality makes one wonder what strange virus has contaminated the American mind? At what point in history, aside from our current cancel culture dark ages, has a meeting between parents and teachers – no matter how testy it got – ever been identified as a potential terrorism risk? Do these fragile wallflowers forget that democracy was never intended to be pretty? In fact, only a fool would be surprised if it occasionally resembles two fat guys mud-wrestling at the carnival fairground. Each individual has a unique way of looking at the world, so raw emotions will naturally rise on occasion. And here is where the situation takes on dark connotations.

The very fact that some parts of society are accusing others of being the equivalent of Timothy McVeigh for not wanting ‘White Fragility’ on the reading list does not bode well for the future of American democracy, nevermind school board meetings. Worse, it shows exactly how unrepentant and entrenched the left has become in its thinking, and I use the word ‘thinking’ loosely.

These ‘Cultural Marxists’, as these radicals have been called, view the political opposition not as fellow citizens worthy of debate and possibly even compromise. Rather, they see the other half of America as an enemy that must be identified, vilified, and liquified. These dedicated ideologues will do anything they can, even if it means enlisting the FBI, to impose their weird, cultural experiments on everyone, including schoolchildren. The only good news is that a whistleblower inside the agency spilled the beans, meaning there is still hope. Not everyone has been brainwashed by the radical progressive creed that would go so far as to deny parents the freedom of speech.