Home / auto / The fastest sedan in the world set a record

The fastest sedan in the world set a record 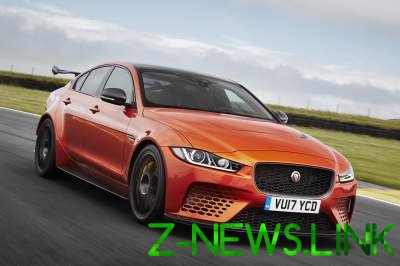 New Jaguar XE SV Project 8 has established a record of the Nurburgring, becoming the fastest production sedan in the world.

The developers of the Jaguar XE SV Project 8 has kept its promise, pushing out leaders sedan Alfa Romeo Giulia Quadrifoglio, who held the championship for several years.

In particular, the sedan Jaguar XE SV Project 8 was the Nurburgring Nordschleife in 7 minutes 21,23 seconds. As a result, British sedan 11 seconds was faster than the previous record holder Alfa Romeo Giulia Quadrifoglio.

Would be unfair, if not remember that the sedan Subaru WRX STi in this year was “Green hell” in about 7 minutes. However, the Japanese were represented at the rally track model with the power plant with an output of 600 horsepower, and the record may qualify only production sedan available on the market.

It should be noted that the new sedan Jaguar XE SV Project 8 is already available for order in the United States. The cost of the car is around $ 200,000. This price reflects two new sedan Alfa Romeo Giulia Quadrifoglio.