Home / culture / The famous Russian blogger “has visited” in Odessa 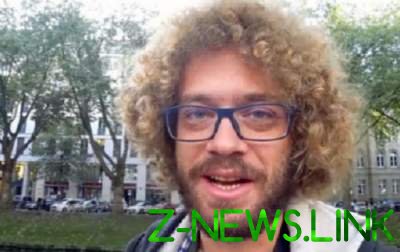 Varlamov is forbidden to visit Ukraine, but mediyschikov did not stop.

A well-known Russian blogger Ilya Varlamov told about the scandal that caused his alleged visit to Odessa. About it the Russian said in his blog. Varlamov said that he had not entered the territory of Ukraine and now is in Moldova.

“I’m young, drunk and happy! I am in the beloved and beautiful Moldova! I drink chic Moldovan wine on the bottom of Moldovan wine! I was in heaven! Paradise is located a few kilometers from the border with Ukraine and write a tweet that I wanted to go to Odessa. Here it is necessary to clarify that I was banned from entry to Ukraine for the fact that I went to the Crimea with her grandmother and in Donetsk”, – said the blogger, adding that the SBU has banned him entry for five years.

He notes that on the basis of his Twitter message, the site “Peacemaker” gives the news that he was admitted to Ukraine in exchange for cooperation with the SBU. However, this news was spread by many mass media.

“No one called me and said if I went to Odessa if I started with someone there to operate. Watch work of today’s media,” said Varlamov.