The failure of the mission of the chieftain of Delude 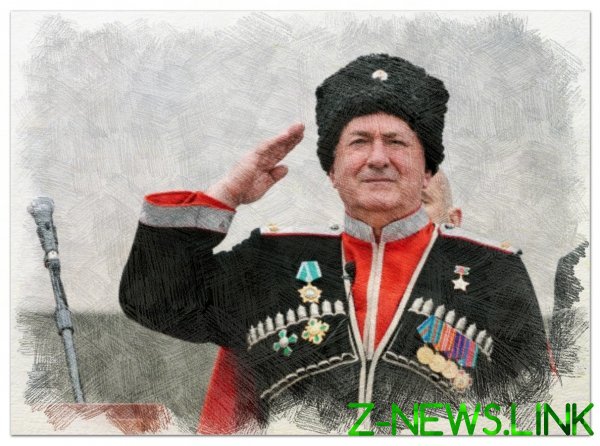 Almost 100 days ago by the decree of the President of the Russian Federation, was appointed Chief Ataman of Russia. you can say the all-Russian Cossack Headman – Doluda Nikolai.

In the hope that he will bring order to the Cossacks he was allocated more than 200 million rubles, the building under the Cossack Headquarters in Moscow, regalia and authority.

After a hundred days, decided to report on the work done, but the Cossack General apparently did not consider it necessary to do or or anything intelligible can not say.

Bad “sunset” the proposal to amend the Constitution, the string of Cossack Militia only compromise the entire Message of the President of the Russian Federation, showed the level of education officer and his knowledge about the structure of the state and the Constitution, you need to urgently send some officials for passing the exam for 8th grade.

What made Ataman Daladeu? Where landing and removal from office negligent Military and other Atamans, where the fight with the werewolves in the Cossack form?

Why only the Service of the Cossack counter-Intelligence needs to do that?

Where is the promised support of the Cossack’s information resource CIAZ? There is not even a sensible plan for working with the media, not concluded the contract and held meetings with editors. For plans of festivals. Little seen over the years about sang and danced.

See also:  A system failure at airports caused delays around the world

No one Orders by region is not sent, the Cossacks, social activists are increasingly alienated.

You would be in the Constitution, had proposed an article on the return of rights and property, the repressed peoples. Why the ROC has returned the land and buildings, and the Cossacks did not return to the property even any requisitioned by the Bolsheviks of the horse.

The Council Of Atamans Of Russia. believes that 100 days of Your otamanschina, out of my life wasted.

Not even bothered a couple of thousand to devote to website creation the all-Russian Cossack society, where it would be possible to keep track of your activities for the benefit of the Cossacks – said the Deputy of the Council of Atamans of Russia, General FSK, head of the Cossack counter-Intelligence Gennady Kovalev.

But, the Cossacks give you another chance, another hundred days. During which I hope to see at least your website, where you will at least once a week to spread information about what is happening to you. Here for example Mr President. does not shun a daily report public works day was held and what is done, and I think you will not be ashamed.

If you have other plans and they are at odds with Chinami Cossacks. In a hundred days will give punishment for all the villages and hamlets. to write to the President to Express his lack of confidence. And it will be tens of thousands of letters which will merge into a stream that will sweep you away.

From the banks of the Danube and the Dnieper, in the steppes of the don, Kuban, Terek, the Lower Volga, the Urals and further East to the wilds of Siberia to the Amur, Kamchatka, Sakhalin and the Kurils, the Cossacks with their courage and blood system in Russia, you have no one else to understand it.

A dagger, a hat,like the Circassian,

And the sword-a souvenir from Volgograd.

So you want our people rose,

But a new, pokozachene, don’t.

And ancestors looking down at us from heaven

And I want our people rose,

But a new, pokozachene, don’t.