Home / Society / The failure of the concert of the famous Ukrainian singer in Lviv: fresh details

The failure of the concert of the famous Ukrainian singer in Lviv: fresh details 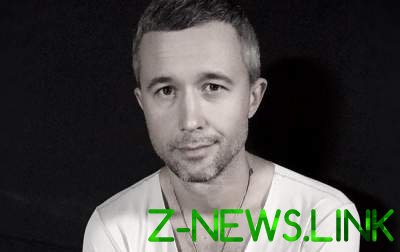 The singer explained how the negotiations took place with activists who insisted on the cancellation of the performance.

Kharkiv known musician Sergey Babkin, who on the eve of the concert in Lviv activists disrupted his speech in Russia and occupied Crimea, said that he is a patriot of Ukraine.

“The day before the concert in Lviv I called the initiator of the lock concert Anton Petrovsky and offered to meet him at 12.00 in the Museum of Ideas, to eye to eye to discuss issues of interest … Suggested, if he needs it, to take off our conversation on camera. But I made it clear that one does not to meet … but all possibility of a peaceful dialogue ended, we decided to cancel the concert, fearing for the safety of the people who stand on the street ” – says Babkin.

According to him, he is a patriot of his country: born and raised in Ukraine, where his children, and does everything that they “were educated in Ukraine and stayed here.”

Babkin explains that has not stopped touring in Russia in 2014 year, because it believes that 10,000 people singing songs in the Ukrainian language in the centre of Moscow, – “it is a victory of Ukraine”, and he always passed part of the money to charity: “children’s homes and the area ATO”.

According to him, in 2014 the band performed in the Ukrainian Crimea, drove him from the mainland of Ukraine: “We continue to believe the Crimea – Ukraine”.

Recall, October 7, activists blocked the Lviv club “Malevich”, where was held the concert of the Kharkov singer, former frontman of the band “5nizza” by Sergey Babkin, and noted that is ready to unlock the entrance only after Babkin declares that Russia is the aggressor, but he didn’t.