Home / WORLD / The failed US war in Afghanistan has sparked a new generation of American anti-interventionist, pro-Putin conservatives

The failed US war in Afghanistan has sparked a new generation of American anti-interventionist, pro-Putin conservatives 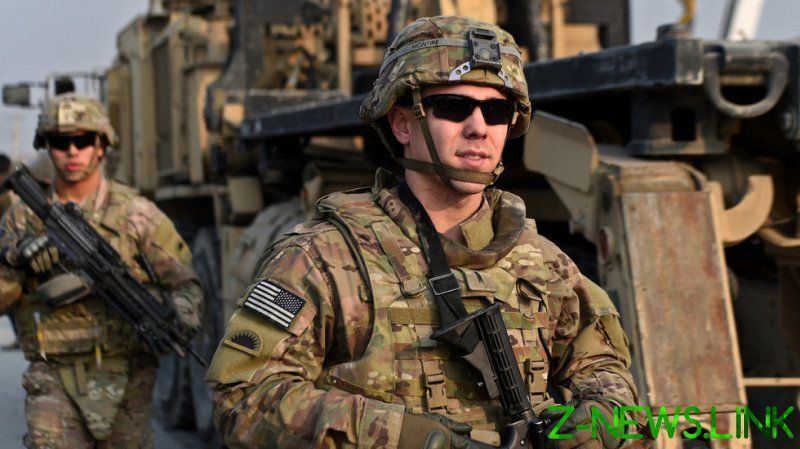 This week, when asked whether the US mission in Afghanistan was a failure as American and NATO troops handed over Bagram airfield to the Afghan army, President Joe Biden replied by citing purportedly achieved goals: “One, to bring Osama bin Laden to the gates of hell as I said at the time. The second reason was to eliminate Al Qaeda’s capacity to deal with more attacks on the United States from that territory. We accomplished both of those objectives. Period.”

Way to pretend to clean up the mess that you were responsible for creating in the first place.

Osama Bin Laden was a Saudi-born former CIA asset used as a proxy fighter against the Soviet Union in Afghanistan during the Cold War, as was Al Qaeda – both beneficiaries of US assistance against the Soviets.

The 9/11 hijackers were also largely all Saudi citizens. And while Bin Laden himself may be dead, the main problem hasn’t much changed. US ally, Saudi Arabia, has long since played a role in supporting other jihadists in the region, including the so-called US-backed Syrian ‘rebels’ in another American-led failed regime change effort in Syria.

And if there are fewer jihadists in Afghanistan right now, it’s only because the Taliban has been taking over the country again piece by piece as other fighters flee to other parts of the region – a sort of jihadist Big Bang.

In 20 years, the narrative against the Taliban – which never had any interests, terrorist or otherwise, outside of Afghanistan – has significantly changed.

When former President George W. Bush first announced American airstrikes “against Al Qaeda terrorist training camps and military installations of the Taliban regime in Afghanistan” in an address to the nation on October 7, 2001, he specified, “These carefully targeted actions are designed to disrupt the use of Afghanistan as a terrorist base of operations, and to attack the military capability of the Taliban regime.”

Bush had made it clear that the Taliban was a target. And today, America is now ending combat operations after negotiating a deal with the Taliban – specifically the same Talibans who were held in the Guantanamo Bay military prison until 2014 – and which may or may not successfully extend to the actual fighters on the ground, many of whom have lived under US and allied occupation of their country since birth and who may not be interested in following the advice of Boomers.

Many conservatives believed in the original counter-terrorism mission and trusted that the military operation was necessary to reduce the risk of future attacks and to ultimately promote democracy. But now, 20 years later, it’s clear that Afghanistan was little more than a pretext to get a foothold in the region. The focus on Afghanistan quickly led to regime change in Iraq and the construction of the largest US embassy compound in the world. From there, Syrian regime change against Iranian ally President Bashar al-Assad became the major focus, with Pentagon and CIA resources spilling into supporting local jihadist proxy fighters.

It’s hard not to notice that all of these countries on a map form a nice circle right around Iran. And, in retrospect, the goodwill that many of us had in the wake of the 9/11 attacks on America towards doing whatever it would take to ensure that it would never happen again now seems like it was a 20-year blank check to pursue a very different agenda – one that has little to do with any actual danger to the US homeland, and much more to do with economic interests related to natural resources in the region.

Nor can we say in retrospect that it was about helping the Afghan people or specifically its women – whose future and rights under future Taliban rule and sharia law are now uncertain, regardless of whatever the US thinks it may have negotiated.

In 2001, the Republican Party and its supporters were largely united in going to war in Afghanistan. But 20 years of mission creep extending to other countries in the region – all of which has ultimately spread chaos rather than democracy or stability – has turned many conservatives into anti-interventionists. Yet the Republican Party establishment is still dominated by neoconservatives. Conservatives opposed to perpetuating the failures of endless US meddling, but who want nothing to do with the left, have found common ground with the position of Russian conservatism’s big tent – particularly as Russia often moves in to clean up messes left behind in jihadist nests created by US interventionist chaos.

In much the same way that the Latin American left found an echo in the Soviet Union as a result of American meddling, the same has now happened with a significant part of the US right as it finds common cause in the worldview promoted by Vladimir Putin’s Russia as it deals with the aftermath of America’s missteps.

And that, perhaps, is the real legacy for American domestic politics of the country’s last 20 years in Afghanistan.