The explosion of CHP in Moscow: eight people suffered burns 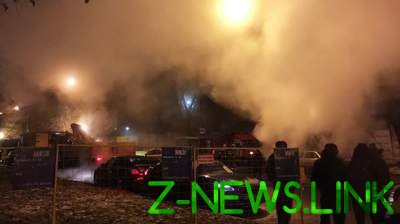 In Moscow exploded TPP-23, resulting in East administrative district of the city remained without hot water and heat. The media published a video of the accident at the CHP, however, Mosenergo said the lack of an accident on the equipment of CHPP-23.

“More than a million people are sitting without water and heat, without heating and lighting left to local kindergartens and schools. The streets are covered with hot water, the movement is blocked,” – said in the message.

Prior to that, the energy Ministry reported that on Irkutsk street burst pipe with hot water.

In addition, it became known about the eight victims as a result of rupture of a heating main in Moscow. Mostly the victims have thermal burns of the feet. The condition of one of the victims was assessed as heavy. Another four received injuries of medium severity.

Later it was reported that renovations on the site of the accident on the pipeline in the East of the Russian capital has been completed. This was announced by the head of the Department of housing and communal services of Moscow, Gasan Gasangadzhiyev.

According to him, the damaged highway began to fill with hot water. The process will last about one and a half hours, after which heat will be back in houses of Muscovites.

The head of the Main Department of EMERCOM in Moscow Ilya Denisov said that at present about 600 thousand people remain in the area of low heat. No heat in 30 kindergartens and 40 schools, but by Friday morning for their work accident is not affected.