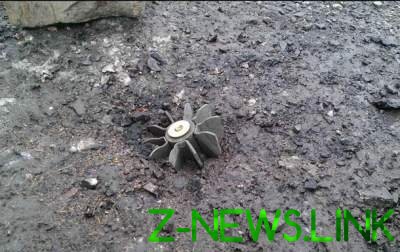 The man picked up on the street the unknown object and accidentally dropped it in the garage, after which the explosion occurred.

In uncontrolled Makeyevka in the explosion of a shell, the man lost both legs and received a wound in the eye. About it reported in a press-service of the special monitoring mission of the OSCE.

“March 8 at a hospital in Makeyevka team SMM saw a man aged 30-39 years, whose knee was amputated both lower limbs and his left eye was half-closed,” – said in the message.

He told the observers that on 19 February on the way to his garage on the street Zaslonova in Makeyevka he picked up on the street metal object with a round shape.

According to him, in the garage, he accidentally dropped the subject and did not remember anything more that happened next.

See also:  "You do not Dimon": the controversial film posted on Hussite Peter

Hospital staff reported that on February 19 delivered to them a man with injuries from the explosion of both lower extremities (due amputation – ed.) and also with the eye injury.