Home / Video news / The explosion of a car with the police in the Donbas believe a terrorist attack. Video

The explosion of a car with the police in the Donbas believe a terrorist attack. Video 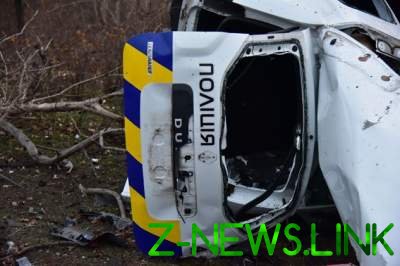 The car exploded, ran over an antitank mine.

The undermining of the police car near the village of Hnutove in the Donetsk region qualified as a terrorist attack. This was announced on Wednesday, November 15, the press service of the regional Department of the national police.

“The fact is qualified under article 258 of the Criminal code – Terrorist act”, – stated in the message.

At the scene continue to work vzryvotehniki, cynologists with dogs examined the territory of the presence of mines and other explosive objects.
According to the preliminary version, the police were responding to a call about illegal logging in the area of Talakivka. In the service area of this group was the villages on the demarcation line, such as Talakovka, Gnutovo, Sartana.

We will remind, in Donetsk region near the settlement of Gnutovo on the anti-tank mine exploded under a police car killed a police major.