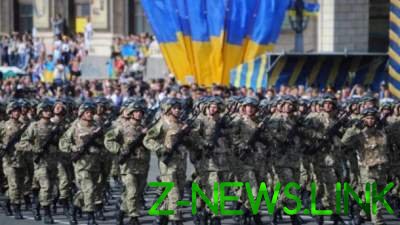 According to the expert, we have a considerable advantage over the enemy.

The statement of the head of the General staff Viktor Muzhenko about the many losses of the APU in the event of a military scenario of the liberation of Donbass – is more political than military. Its goal is to establish in the minds and hearts of Ukrainians are of the opinion that the peace plan Poroshenko has no alternative.

This opinion was expressed by a military expert Oleg Zhdanov.

According to the expert, Majenko can’t say in another context because it is a conductor of a policy of Poroshenko. It is possible, says Zhdanov, to calculate different variants of forecast losses. In one case the losses will be greater and the other the minimum. If the enemy is grouping of 200 tanks, 300 combat vehicles, 100 rocket launchers and 200 guns, then you have to go on the attack, as in 1941, and the losses will be severe.

“Key factors in these calculations – the number of enemy troops, number of tanks, guns, planes and strengthening of defense. Plus motivation. NSDC Secretary Turchynov has officially announced the figures for the number of the enemy is about 35-40 thousand people including mercenaries and collaborators. The Russian intelligence estimates our group of 80-90 thousand. We have almost a three-fold benefit,” – said Oleg Zhdanov.

Therefore, says the military, it’s hard to say what factors did the calculations Muzhenko that were such heavy losses. After all, Ukraine still has partners that help us. In particular, two aviation wing are concentrated in Poland and the Baltic States.

The escalation of the conflict in the Donbass Russia nobody will go. If Russia decides to raise the aircraft in the sky he will meet with NATO aircraft. Plus the Ukrainian air defense. In order to talk about the success of the use of aircraft, it is necessary to destroy our defense
– said Zhdanov.