Home / business / The expert said, could change the future of Russia due to sanctions

The expert said, could change the future of Russia due to sanctions 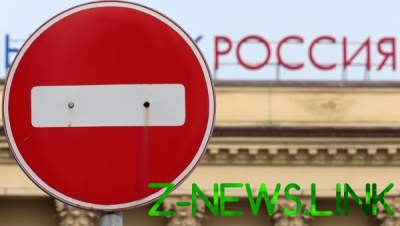 According to Fursa, the Russian economy “has a large margin of safety,” and the sanctions do not “destroy the present”, but “take the future”.

A strong fall of the ruble and the fall of the Russian stock markets is the reaction for the preparation of new, more stringent anti-Russian sanctions. This was stated by investment banker Sergey Fursa.

“Unfortunately, the Russian economy has a large margin of safety, so in the near future will not collapse. Sanctions, of course, have a negative impact on the Russian economy. But rather, they take the future than to destroy the present,” said Fursa, answering audience questions during a live chat on the website the editor-in-chief.

“The collapse of Russia need Ukraine, but are unlikely to need global players, because nobody wants to see 20 new Caliphate with a nuclear bomb,” – said the expert. “Of course, the collapse of Russia is a risk factor. At the same time, for Ukraine, which due to emigration will soon face a shortage of cheap labor, the potential collapse of Russia can become a factor in the inflow of the labour force itself,” said Fursa.

See also:  Tailed traveler: a cat from Russia has become a real star of the Network

“Now the U.S. Congress has drafted a much more powerful bill on sanctions against Russia, which could significantly hit the Russian economy. And what we see today – the strong fall of the ruble and the fall of the Russian stock markets is the fear of those potential sanctions that may enter in the near future”, – said the expert.