Home / Society / The excuse of a loser

The excuse of a loser 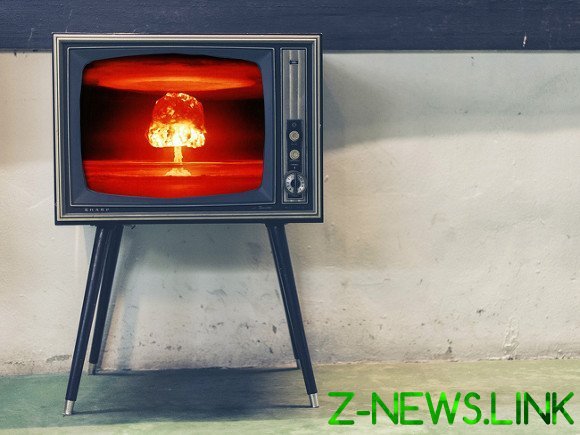 Search other people’s failures and errors (often imaginary) sick society diligently suppresses have the least motivation to be better and something in themselves to overcome.

One of the unpleasant features of the current Russian society — a passion to aggressive self-justification (it is highly encouraged by the propaganda on the so-called “political talk shows”). Like many things, it renewed the tradition of the scoop: there also was a good tone in response to any accusations from the West in violation of human rights to respond “And you are lynching Negroes!” It even became a meme.

For example, barely again we were talking about the Chernobyl disaster (with the filing of the HBO), as immediately scoops howled in response — “and you had Fukushima!” “Cover” Chernobyl, Fukushima — it is also a good tone, this “Golden argument” without shame and used celebrationist. “We have Chernobyl was an accident, and you do in Japan was an accident, so what, even” — here is a kind of “exchange”.

However, as always, justifies miss (knowingly or unknowingly) some of the details that make comparison very difficult. The main element is the cause of the accident. Actually, the main thing that shocked the whole world in Chernobyl — what a terrible accident happened on a completely empty place “with nothing”. Was a reactor, was working, given the current, and then, in the quiet time when the weather is clear — exploded. Why? But because some people have niederscherli design, others have nudeproposal instructions, others hide alarming signals, the fourth spat on prevention, fifth just maybe hoped for — and in the end a disaster of truly planetary scale, the effects of which, however, could be even worse (there is next to Europe).

See also:  The cancellation of a concert of Christina Aguilera in Kiev: there are new details

And Fukushima. There is accident, for a moment, was preceded by first an earthquake and then a powerful tsunami. That is — a natural disaster of enormous proportions. There is a difference? Of course, the “stupid Japanese” in the wrong place put its nuclear power plants — what they are now willing to blame shovels. However, the difference therefore would not obscure: in one case had the classical force majeure, “a natural disaster of force majeure” — and in the second disaster, almost covering Europe had been fully engineered. “We were born to make a fairy tale come true.” And, like, not our fault that the tale came out very terrible.

But it’s not even far-fetched comparison; even worse is the actual motivation of such excuses. By nature she is a totally teen: behave many “troubled Teens” when they are caught in some unsavory business. Got a d? — “but Bob yesterday smoked behind the school!” Stole a radio from a neighbor’s car? — “but Peter yesterday, two twos got!” ‘ve skipped school for two weeks? — “but Bob yesterday and the day before smoked!”.

In these excuses the first thing that catches the eye is some deliberate absurdity. What all that talk about some other path and VAS? Does the fact that they (maybe!) too, the number of faults, fault our hero himself somewhere to disappear? Deuce will be transformed into a three, a neighbor will forgive the theft, Chernobyl will be safe and sound? Why do teen (and agitprop) resort to such arguments? Why, if America lynched blacks, even in Russia you can shoot anybody without a trial? Where is the connection?

See also:  In the area of ATO killed a volunteer

The connection is simple. The essence of the aggressive self-justification, in the aggressive reluctance to change. “I’m the shit, because the whole world is shit” — that, in fact, says the teenager, referring to a classmate Pete. And the emphasis here is definitely on the first part of the phrase. The formula means that a person humbled… and even learned to find pleasure in their own abominations. Actually, that’s why the excuses of the type “but Peter…” so enraged all parents and caregivers. Their very appearance is a sign of the collapse of all previous educational activities.

Meaning — the refusal to be better in refusing to work on themselves. Why — if around all such cattle as I am? That is the basis of everything — extremely low self-esteem.

What we see in the example of our society. Postsovok — this is a society with extremely low self-esteem had fallen. A search of other people’s failures and errors (often imaginary) it’s a sick society diligently suppresses have the least motivation to be better and something in themselves to overcome. Indeed, any attempt may lead to another failure, as a society we have long ago tired to feel like a loser.