Home / WORLD / The EU’s financial imperialism wins again, pummelling Poland into submission and leaving Hungary’s Viktor Orban out on his own

The EU’s financial imperialism wins again, pummelling Poland into submission and leaving Hungary’s Viktor Orban out on his own 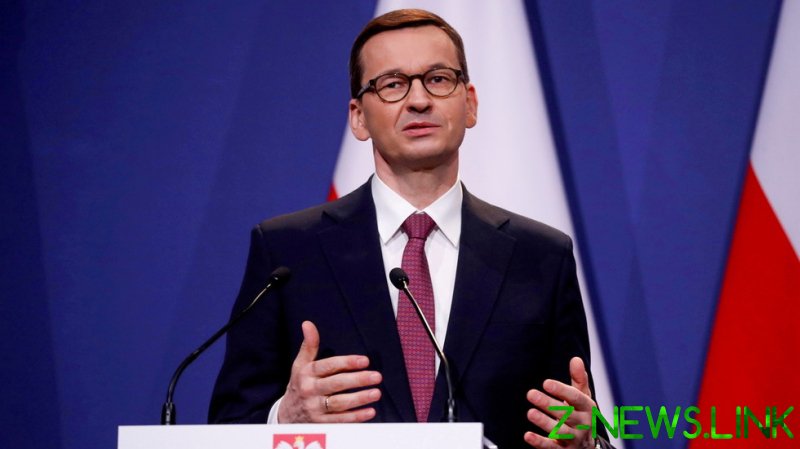 At the heart of the dispute with Brussels was the Polish government’s decision to set up a disciplinary chamber for judges, which the EU’s highest court, the European Court of Justice (ECJ), ruled broke EU law.

This masked the real crux of the argument, however, which was whether national or EU law took precedence in member states. Poland initially argued that the EU had no right to interfere in its disciplining of its judges, whereas the ECJ ruled that the EU had every right to do so.

Poland claimed that the new chamber, which had the power to impose financial penalties and remove judges from their positions, was designed to weed out Communist-era appointees. The EU, however, argued that it was set up to further increase the hold that the ruling PiS party had over the judiciary.

Now I know it might seem like an insignificant issue on the face of it, but if Poland had held firm and won out, it would have brought the whole notion that EU law takes precedence into question right across the bloc. Indeed, you can bet your bottom dollar that other states would have followed Poland’s lead and started to unpick meddlesome and overbearing EU laws. The stakes were very high here, and it was a battle the EU could not afford to lose.

Brussels, therefore, played hardball and gave Poland until August 16 to back down, or financial penalties would be imposed. At first, the Polish government indicated that it would hold out and not be dictated to by the bullies in Brussels. It turns out, however, that this was merely posturing, or “all mouth and no trousers,” as the saying goes.

Over the weekend, Poland’s de facto leader, Jarosław Kaczyński, announced that the country would compromise and change its system for disciplining judges. He said: “We will shut down the disciplinary chamber in the format under which it currently operates and this will remove the subject of the [EU] dispute.” It is, sadly, a case of game, set, and match to Brussels.

This whole sorry scenario shows just how much control the EU has over member states that take its cash by the bundle-load. As I have written before, the Polish government is no friend of the EU and has not been supportive of where the project has been headed for some time. However, they are clearly a financial hostage and kept in the EU orbit through cash incentives… or blackmail, for want of another word.

And where does Poland’s capitulation leave the bloc’s other bad boy, Viktor Orban? Well, the answer is that he is exposed and isolated. You see, Orban is engaged in a similar Mexican stand-off with the Brussels bean counters, but the issue here is not judges, it’s LGBTQ rights. In fact, the hysteria around the Polish judiciary is nothing in comparison to the EU’s loathing of Orban for just about everything he stands for.

Orban is, however, playing a far cleverer game than the Poles and is reaching out to the international community. Take, for example, his recent interview with Fox News host Tucker Carlson. Orban came across as sensible, urbane, and, most importantly, the victim of a liberal witch-hunt. He also dispelled many of the myths that he is a dictator, or a tyrant. Hungary was painted as a fully functioning democracy, based on the rule of law and Christian principles.

In all, Orban would have won a lot of friends and sympathisers in America and around the world who feel that they are being browbeaten by an oppressive liberal cancel culture. Indeed, Orban made himself the pin-up boy for the resistance. If he can hang on to power in next year’s Hungarian elections, he may well have an ally in the White House again come 2024 – especially if Joe Biden’s poll ratings and incoherent ramblings are anything to go by.

In the meantime, however, Poland’s capitulation leaves Orban standing alone in the EU. You can guarantee that the Brussels mandarins will already be plotting his downfall. Expect to see an EU-sponsored anti-Orban propaganda campaign in Hungary sometime soon. I have seen this sort of thing first-hand in Ireland in 2009 during the abuse of democracy that was the second Lisbon Treaty referendum, and I guarantee they will leave nothing to chance.

Orban knows this is coming, though, and said so during his Carlson interview. He also claimed that his party is prepared for the onslaught. Whether he will be successful is another matter, because if the EU can bully a large state like Poland into submission, then why not a smaller country like Hungary? However, Orban is a wily political operator, so don’t bet against him. His best hope is that he holds out long enough to gain more allies around the world, and then he really can take on the bullies in Brussels.