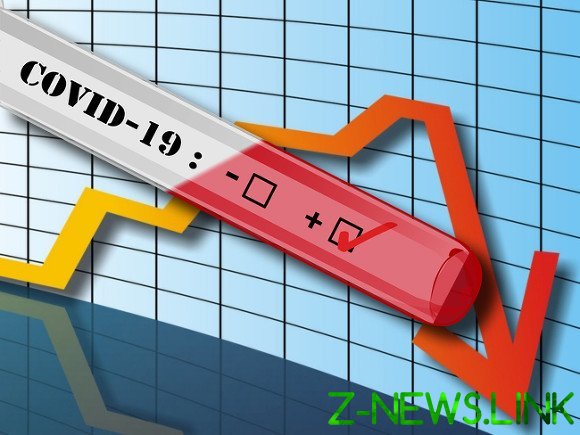 GDP of EU countries in the second quarter of 2020, collapsed at the first evaluation, a record of 14.4% yoy, which after a decline in the preceding quarter means economic recession. These are data from Eurostat.

Compared to January-March this year, the EU economy declined in the reporting period by 11.9%.

GDP of 19 countries of the Eurozone, the first estimate in the second quarter of 2020 fell by 12.1% QoQ and 15% — in annual. A decrease of all parameters was the strongest since records started in 1995, reports PRIME.

Thus, the data for the first quarter and the preliminary estimate for April—June suggests that the European economy went into recession. In the first three months of this year GDP decline of 19 countries of the Eurozone was 3.6% QoQ and 3.1% in APR. The EU economy in the first quarter fell by 3.2% in the quarterly comparison and by 2.5% — in annual.

Meanwhile, Italy’s GDP in April—June fell 12.4% on the previous quarter. This is a record decline since the beginning of settlement in the 1960s years, as the country was among the most severely affected by the pandemic coronavirus COVID-19 in the world. Quarantine measures to limit spread of the disease was introduced in Italy on 9 March, weakening them started on 4 may. In the first quarter GDP fell by 5.4%. Thus, the economy went into recession, said “Finmarket”.

In addition, today released data showing that French GDP declined by 13.8% in April—June of the current year compared to the first, which was a record decline for 70 years.

Was on the eve of published statistics, which implies that GDP of Germany, Europe’s largest economy, fell in the second quarter of 2020 at a record level of 11.7% yoy and 10.1% for the previous three months (a record quarterly decline since 1970).

Earlier on Thursday it became known that the fall in US GDP in April—June, according to first estimates, stood at 32.9% yoy — a record for the entire history of observations.

We also recall that in late June the international monetary Fund (IMF) has adjusted towards a sharp deterioration in its forecast for the global economy for the current year and now expects a decline of 4.9% instead of 3%, is expected in April.

As pointed out by the IMF, the pandemic coronavirus infection COVID-19 had a negative impact on global economic activity in the first half of 2020 than projected, and the recovery more gradual than previously expected.

The experts of the IMF warned that the recovery of the world economy in 2021 is likely to go at a slower pace than initially estimated in April — a growth of 5.4% instead of 5.8%.

Earlier, on 14 April, the international monetary Fund presented a report, which predicted a fall in global GDP in 2020 by 3% or more due to pandemic COVID-19. Also in January, before the appearance of the signs of a pandemic, the IMF slightly downgraded its assessment on the global economy, but expected growth of GDP to 3.3% by the end of this year.

March 27, managing Director of the IMF Kristalina Georgieva stated that the world economy went into recession. “Now it is clear that we entered the recession, such as bad or even worse than in 2009”, — said the head of the IMF. However, she is expecting a recovery of the global economy in 2021, but if “will be able to cope with the virus around the world and to prevent liquidity problems”.

Add that the outbreak of pneumonia caused by a coronavirus infection (COVID-2019), was formally recorded in December 2019 in the Chinese city of Wuhan. March 11, 2020, the world health organization (who) officially recognized the situation with coronavirus pandemic. To date, cases of infection were recorded in almost 200 countries and regions of the world. In General, according to project of Johns Hopkins University, the number of infected COVID-2019 in the world exceeded 17.2 million people, have died more than 672 thousand. The pandemic has had devastating effects on the world economy. Under the powerful kick hit many industries, including transport, tourism, hospitality, automotive, construction, retail, and entertainment.