Home / WORLD / The EU wants to turn off Brit TV, as they’re angry over Brexit. But they’ll be sorry when a Maltese gameshow replaces The Crown

The EU wants to turn off Brit TV, as they’re angry over Brexit. But they’ll be sorry when a Maltese gameshow replaces The Crown 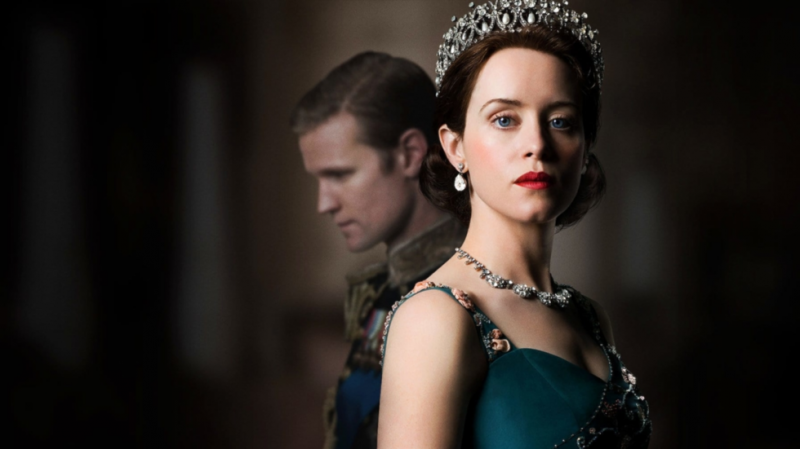 The French have never gotten over it. Not really. We – the English, that is – we won. And they lost. It’s all over. But they’ll NEVER stop whingeing about it.

I don’t mean the Battle of Waterloo, where the Duke of Wellington finally knocked out that short-arsed megalomaniac Napoleon Bonaparte just over 200 years ago.

And let’s not bring up World Wars One and Two, in which the English and their English-speaking cousins from across the Atlantic had to fight the Germans to get their country back for them.

I don’t even mean football. We may have invented the game, but we are, it’s a simple fact, crap at it – we can only pass the ball sideways and backwards.

Nope. Forget all that. I mean the language. The English language.

And a bunch of petulant Brussels bureaucrats aren’t gonna change all that. Nope.

Take this latest bit of post-Brexit EU idiocy in which they plan to take action against the “disproportionate” level of British film and TV content shown on the continent. Like, your average Brussels bureaucrat would even know what a good TV show or movie was? They’re way too boring.

The idea’s so silly, it could actually be one of those spoof stories beloved by the Brit tabloids, you know? ‘Bonkers bureaucrats’ banning bendy bananas or forcing fish and chip shops to sell their deep-fried sea creatures by their Latin names… that kinda thing.

But this is an ‘exclusive’ in The Guardian, and the Guardian isn’t really prone to EU-bashing. If it was in the Daily Mail, I’d actually think it WAS fake news.

Europe is a major market for British filmed content, netting the UK television industry £490m in sales in 2019 and 20. But it seems this stuff may soon no longer be deemed as ‘European works’. Because, of course – this being Brussels bureaucracy – they are gonna try and strangle it with red tape. That’s what they do.

EU rules already state that a majority of EU member content on terrestrial television must be European, and at least 30 percent of titles streamed on new players such as Netflix and Amazon etc.

I smell the whiff of the French in all this, as they had already gone further than the rest by demanding 60% local content on the new outlets.

UK content being included in those quotas means there’s too much Brit telly being watched on the Continent. “The high availability of UK content in video on demand services, as well as the privileges granted by the qualification as European works, can result in a disproportionate presence of UK content with the European video on demand quota and hinder a larger variety of European works (including from smaller countries or less spoken languages),” the document said. “Therefore the disproportionality may affect the fulfilment of the objectives of promotion of European works and cultural diversity aimed by the audiovisual media services directive.”

Now the European Commission is to launch an “impact study” – ooooh sounds dramatic – on the risk of all this English content on the EU’s “cultural diversity”.

Err, what about Hollywood? What about all that juicy American TV content? Never mind that, though, not for now.

I live in Spain. And a lot of the local TV here is truly awful. Especially soap operas. I don’t mean because of the language; the TV shows here are dubbed into Spanish, they don’t use subtitles. This was done, apparently, at the behest of the Spanish dictator Francisco Franco, a man who banned other Iberian languages such as Catalan and Basque. Many Spanish people hate this, and would prefer TV and movies to be subtitled – to improve their English ironically enough. Folk from Latin American countries tend to speak better English than the Spanish, because English-language content over there is generally subtitled, and kids grow up hearing the English and reading the translation.

Most of the standard-issue TV drama is badly written and over-acted and the plots are truly moronic. The reason stuff from the UK – such as ‘The Crown’ or ‘Downton Abbey’ or whatever – does well is simply because it is of much higher quality. But what the world needs, to the mind of your average EU bureaucrat, is less of these, and more movies and TV series in Maltese or Flemish. It doesn’t matter if they’re crap.

But, come on, let’s be honest. It isn’t the folk of Malta or parts of the Netherlands that are making all the fuss behind the scenes. Those folk often speak better English than the English. It’s the French! It’s always the bloody French.

They want the EU to be awash with people talking as if they have a sock rammed in their mouths. But, here’s the thing, how many French TV series or movies have you seen lately? Not many. Know why? It’s simple… they’re not very good.

So, settle back on the sofa, Juan and Maria in Madrid, Jürgen and Hildegarde in Munich, and Vittorio and Giovanna in Milan, there’s sure to be a new French series headed your way, all about the life and times of Emmanuel Macron… passe un bon moment!