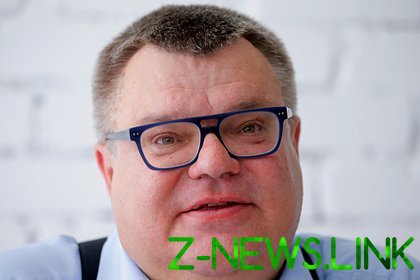 The EU urged the Belarusian authorities to immediately release the former head of Belgazprombank Victor Babariko planning to take part in the presidential elections in the country. This is stated in the statement of the representative of the Foreign service of the EU, reports RIA Novosti.

“We urge the Belarusian authorities (…) to ensure the full respect of the rule of law, including fair and transparent investigation and the right to access to a lawyer”, — stated in the message. The EU insists that the investigation against main rival of the current President of the country Alexander Lukashenko at the elections was impartial and was not accompanied by political pressure.

The statement claimed that Minsk should ensure “competition and political competition” in the upcoming presidential elections.

Earlier, the Kremlin’s spokesman Dmitry Peskov called an internal affair of Belarus detention of Babariko. He recalled that Russia does not interfere in the internal Affairs of States.

The state control Committee (SCC) of Belarus said that the activities of bobariko were controlled by the “puppeteers” of “Gazprom”.

As reported in the headquarters of the candidate, he has collected more than 434 thousand signatures for nomination of his candidacy for the presidency, which is “an absolute record for the alternative nominees in the history of independent Belarus.”

Minsk residents have begun to protest over the arrests of opponents of the incumbent President.

Presidential elections in Belarus on 9 August.