Home / WORLD / The EU is at a crossroads in its relationship with China, and should prioritise its own interests rather than America’s

The EU is at a crossroads in its relationship with China, and should prioritise its own interests rather than America’s 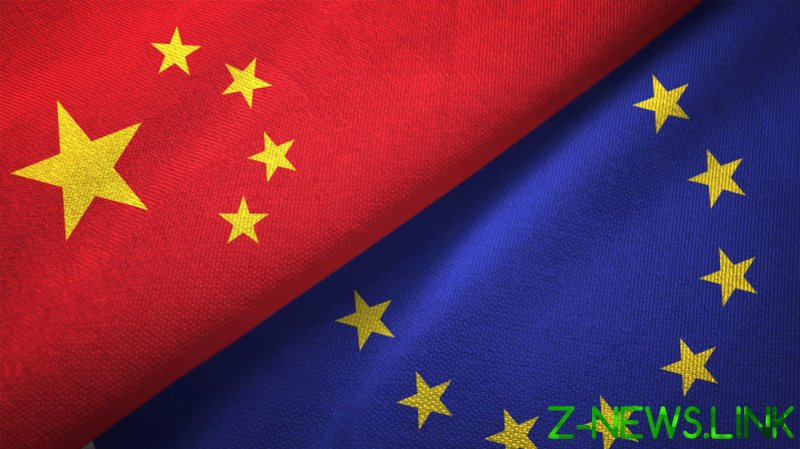 September is set to be an important month in redefining the EU’s relationship with China, as the foreign ministers of the bloc gather for a two-day summit where Beijing, and the crisis in Afghanistan, will be high on the agenda. To date, 2021 has not been a good year for ties between Brussels and China.

The decision by the EU to join the United States in a sanctions spree against Chinese officials over alleged human rights abuses in Xinjiang proved to be a short-sighted mistake which saw China respond, and ultimately delay a much sought-after comprehensive agreement on investment (CAI) offering European firms more market access in the country.

A further crisis, after Lithuania decided to expand its ties with Taiwan, has since made matters worse, with China reducing diplomatic ties with the Baltic country and now considering trade sanctions against it, which EU officials claim is against international law.

The upcoming summit is unlikely to commit to any action, but will aim to forge a new underlying consensus on what strategy to follow. China, on the other hand, is eager to move past the current impasse in ties, as it recognises the importance of keeping the EU onside, and is keen to prevent it forming an alliance with the US as a key part of its own strategy. As a result, Foreign Minister Wang Yi has made a last-minute effort to lobby support, phoning an envoy to France’s President Emmanuel Macron to relay the message that China and Europe should be partners rather than rivals.

It is not surprising that Europe stands at a crossroads in its relationship with China. But, after the scenes we have witnessed in Afghanistan over the past few weeks, as well as the increasing realization that President Biden’s policy goals are built on hot air – and he is not as committed to ‘allies’ as he has made out – the EU collectively might want to be cautious about jumping on Washington’s bandwagon and fully embracing the mantra of ‘systemic competition’.

However, that’s easier said than done given the multifaceted considerations of EU foreign policymaking, and as a result nothing is guaranteed even if – on the surface – the bloc appears keen to avoid confrontation. This makes the path ahead uncertain, with several potential pitfalls which may frustrate Beijing’s bid to court the bloc and contain its anti-China agenda in the hope of maintaining favourable economic relations.

First of all, the diplomatic relationship between Germany, France and China is key. While China’s relations with Eastern Europe and the former Soviet bloc have taken a significant beating, as the Lithuania row has shown – due to states’ increased willingness to follow the US in setting their security policies – Beijing’s most frequent tactic to consolidate its ties with Europe has been to go through the ‘kingmakers’ of the bloc, the states that dominate it economically.

These are quite obviously France and Germany, who align themselves on most things due to their shared interests. If they lead on matters, the other states often follow. The arrangement between Berlin and Paris has been favourable to China, as Macron and Angela Merkel have encouraged engagement, with both big advocates of the EU-China investment treaty. They form an important bilateral channel, which is why Wang Yi phoned Macron’s office.

However, this could change. Why? Merkel, the most important figure in Europe, is stepping down and elections will result in new leadership for Germany. While it is anticipated that a CDU or SPD chancellor will adopt a similar policy towards China, the Green Party – who are neo-conservatives with environmental leanings – may be a factor and are very hostile to Beijing. Their inclusion in a future coalition will upend things, especially when it comes to human rights and Xinjiang.

Of course, the US has also learned that it can readily utilize this issue to drive a wedge in between the bloc’s relationship with China, because if the EU is forced to take a stance on a human rights matter, then it stands with America, by default, every time. Even if the EU heads of government are cordial towards making deals with China on other matters, this is an area that exhausts their political capital. And this leads us to the next issue, the European Parliament.

The parliament has limited powers, but it has proven to be an aggressive body which has been one of the primary sources of anti-China sentiment within Europe, and it takes far more of a zero-sum arrangement of the EU’s relationship with Beijing than the heads of state do. It passes a lot of motions – many of which have been antagonistic to China – and while most are forgotten about, given they are legally toothless, the parliament’s power to ratify and confirm treaties means that in many respects it is something of a ‘gatekeeper’. This power was demonstrated in its intent to freeze ratification of the CAI treaty.

China’s ability to influence the parliament is limited, and its blacklisting of various members has made matters worse, exacerbating it as a disruptive force and upsetting Beijing’s own ability to talk with European heads of government. But this poses the question: even if China can negotiate the CAI back with the leaders, how does it get past this obstacle?

The reality is that while China can try to improve relations with the EU, there will be no quick fixes. The bloc as a whole is not as anti-Beijing as the US – bar some eastern states – but that overlooks the fact that its many institutional and diplomatic layers all have different positions. It is one thing to say the EU should follow its own interests as opposed to America’s, but you are never speaking to it as a unified voice. This, of course, ensures that all decision making is difficult, meaning there is pressure on how to define its relationship with Beijing from all sides. And this creates the frustrating impression that Brussels is not clear-cut on anything.

In this case, while China and the US will be eyeing opportunities in the coming weeks to try and steer things in their direction with regard to the EU, it won’t be a straight pathway for either. What is said and what is done in Europe are often two very different things, a product of being a union of many different interests. And so the diplomatic battle between Washington and Beijing to wire every element of the machinery of Brussels in their mould will continue.