The EU firmly “walked” on elections in the occupied Crimea 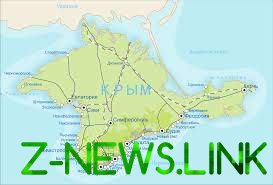 The European Union for the first time made an official statement on the Peninsula.

European Union does not recognize the legitimacy of the elections in the Crimea after the annexation by Russia of the Ukrainian poloostrova.

This was stated by the official representative of the European external action service, commenting on the “election of the Governor” of Sevastopol.

“Any elected on the Crimean Peninsula, claiming to “represent” the Crimea and Sevastopol, will not be recognized as representative of areas that are Ukrainian. The European Union remains steadfast in its support for the territorial integrity and sovereignty of Ukraine”, – said in a commentary.

According to the representative of the EU, the ban of the Mejlis and the persecution of its leaders are “serious and unacceptable violations” of the rights of Crimean Tatars.

“Today the so-called “Supreme court” of Simferopol sentenced the Deputy Chairman of the Majlis of Akhtem chigusa to eight years in prison for “organizing mass riots” in February 2014. The European Union has consistently observed the case of Mr. Chiygoza and insisted on his release. The call we repeat today,” – said in Brussels.

“We hope for a speedy dismissal of the charges against another Vice-Chairman of the Majlis Mr. Ilmi Umerov and reaffirm our long-standing position that all illegally detained in the Crimean Peninsula and the Russian Federation citizens of Ukraine must be released immediately”, – said the representative of the European Union.