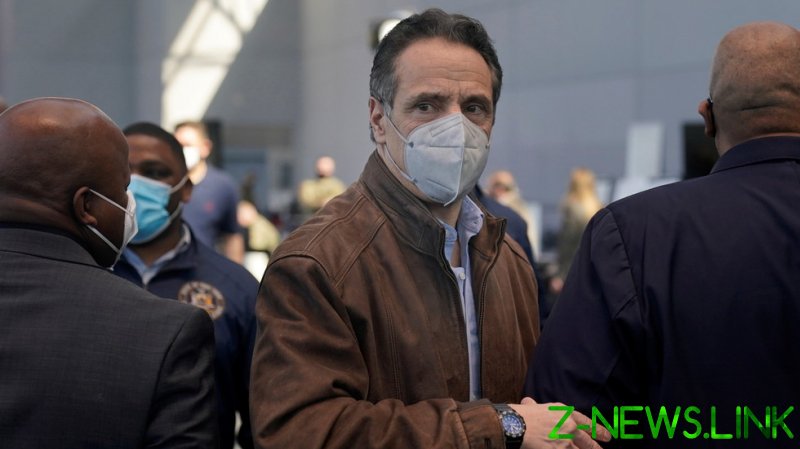 Of the nearly 35,000 people living in New York’s group homes for disabled individuals, 552 have died from Covid-19 since last year and over 6,000 residents and workers have been infected with the virus, according to the New York State Office for People With Developmental Disabilities (OPWDD).

Many are now pointing to an April 10 directive from the Cuomo administration, which is similar in tone to a controversial and now-reversed order for nursing homes, which forced such facilities to accept Covid-positive patients, which critics say led to thousands of unnecessary deaths.

“No individual shall be denied re-admission or admission to a Certified Residential Facility based solely on a confirmed or suspected diagnosis of COVID-19,” the directive states.

The OPWDD has said facilities were only supposed to accept patients if they could provide the proper care and safety protocols and if they couldn’t, those patients could remain in the hospital or be housed at a state-run “temporary recovery facility.”

Others who experienced the results of the state order firsthand, however, tell a different story.

“As far as recovery facilities, we never heard of a separate recovery facility,” care worker Jeff Monsour, who has worked with disabled patients since 1999, said, according to the Washington Examiner. Monsour described situations where facilities took in positive patients, but were completely unprepared to accommodate them, describing rooms where non-positive patients would be housed with positive patients with nothing but a “cloth privacy screen.” He said he believes the dysfunction in the system “goes all the way to the top, to Cuomo.”

Part of the problem, according to Monsour, was little to no oversight from the state and mandates that did not account for the seriousness of the problem.

Another whistleblower speaking on condition of anonymity told the Examiner that patients were not required to wear masks, but could only be encouraged to do so, and could also come and go as they pleased at the height of the pandemic.

“We are encouraged to ask them to wear masks, [but] he refuses. He is allowed to do whatever he wants to do. He may come in from being wherever for four or five days, and then we don’t know,” the whistleblower said of one resident.

This whistleblower requested the state make efforts to separate high-risk patients from positive Covid cases and others flouting safety protocols, but has heard nothing back since May of last year.

“It’s been brought to their attention,” the whistleblower said. “We have vacant respite houses. They’re just sitting there, they’re not occupied.”

In a statement, the OPWDD’s director communications, Jennifer O’Sullivan, said, “Only residents of OPWDD group homes who were sent to the hospital for COVID-19 treatment were returned to their homes after being deemed safe to return by the hospital physician, in consultation with the residential provider.”

New York state Republicans have taken aim at the disabled homes order, which remains in effect, and officially requested updated infection numbers as of late February.

GOP State Senator Mike Martucci, who signed the request letter and is a ranking member of the Senate Disabilities Committee, said in a public statement that he feared “the April 10th order from OPWDD needlessly put some of our most vulnerable citizens in harm’s way,” adding that like the “deadly nursing home order,” this directive “appears both dangerous and tone deaf.”

In addition to the nursing and disabled home scandals, Cuomo is also dealing with another controversy, as six women have accused the NY governor of sexual harassment.