Home / WORLD / The documentary, MLK/FBI, is just slick propaganda that reveals nothing new about the bureau’s harassment of Martin Luther King 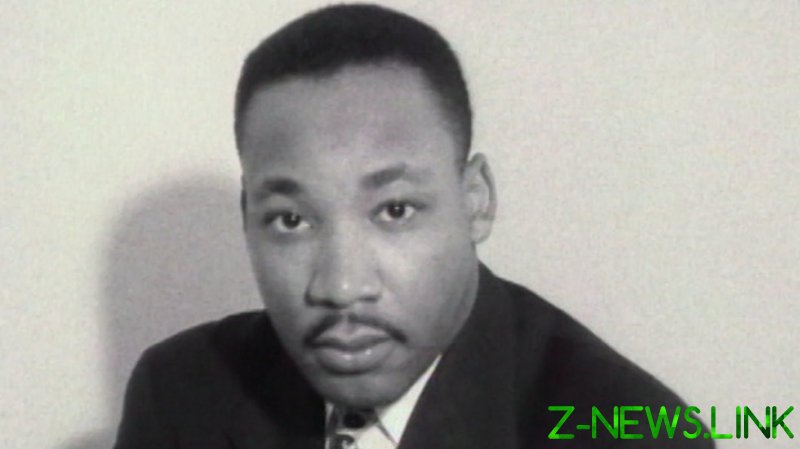 I’ve heard it said that Americans are the most propagandized people on the planet. I think that statement is quite accurate.

What makes the propaganda fed to Americans so insidious is that it’s so subtle that audiences, even the supposedly intellectual ones, are blissfully unaware of their indoctrination and conditioning.

A perfect example of this is MLK/FBI, the new documentary directed by Sam Pollard that premiered in theaters and video-on-demand on January 15, which chronicles the FBI’s wiretapping and harassment of civil rights icon Martin Luther King Jr.

A documentary dealing with intelligence community nefariousness and MLK, the greatest American strategist and tactician of the 20th century, has my attention.

Unfortunately, after watching MLK/FBI, I was left frustrated and infuriated because it was so obviously a docile and deferential piece of establishment-friendly propaganda meant to distract and deceive viewers.

This movie is 104 minutes of flaccid history and impotent insights disguised as setting the record straight with revolutionary revelations. But there is no new information presented in the film and no new perspectives on the information already known.

The most interesting statement in the movie comes in the final ten minutes and is from MLK aide Andrew Young, who would go on to become a congressman, the US Ambassador to the UN, and the Mayor of Atlanta.

This should be where the movie starts, not where it ends.

What makes the FBI’s harassment of MLK noteworthy is that they were gathering salacious information on his private life in an attempt to assassinate his character and thus derail his morally authoritative movement.

The FBI actively tried to get members of the press to publish stories of King’s infidelity but none took the bait, and so the agency was left with lots of ammunition but no one willing to fire it.

It was when King expanded his civil rights work and, in 1968, began the Poor People’s Campaign, which set out to bring poor people of all colors together to fight for economic justice and against American militarism, that the FBI ratcheted up its anti-King work, and this is where the infamous “rape participation” allegation first is documented by the FBI.

The claim, that King watched and laughed as another pastor raped a woman, is dubious and is not thoroughly fleshed out in the film, but it reveals that the FBI understood the greater threat King now posed to the ruling order with the Poor People’s Campaign, and that it was willing to push the envelope to stop him.

Other civil rights groups and leaders faced similar escalation when they dared to cross color lines and work on behalf of all people instead of just black people.

It wasn’t until Malcolm X left the Nation of Islam and evolved into a more racially inclusive yet no less revolutionary figure, that he got assassinated under shadowy circumstances.

The Black Panthers’ free breakfast program, open to children of all races, was deemed by FBI Director J. Edgar Hoover to be “the greatest internal threat to the United States.” The Black Panthers were quickly infiltrated and some, including Fred Hampton, were assassinated.

And so it was with King’s Poor People’s Campaign, which triggered the FBI to “up its game.” Coincidentally, just a few weeks later he was assassinated in Memphis.

MLK/FBI is much too “respectable” to investigate or challenge Andrew Young’s claim regarding Ray’s innocence in the assassination of King, even though Ray himself claimed he was not guilty, the King family believes he is innocent and a civil court ruled he was not the assassin. It’s this desperation for respectability at the expense of truth that makes the film establishment propaganda.

The other tell-tale sign it’s propaganda is that the film acts like FBI and intel community deviousness and depravity are some remote experience from a dark, distant past instead of a pressing issue of our time.

This allows liberals, especially ones like Bill Maher and John Oliver who pose as anti-establishmentarians, to continue to fawn over and fellate the “heroes” of the intel community under the guise that malicious misdeeds only occurred in the past.

BLM is no Poor People’s Campaign meant to threaten the establishment order. It’s a contrived and manipulative movement meant to uphold the status quo, not disrupt it, which is why it’s been swiftly embraced by Washington, the media and corporate America.

In conclusion, by being a documentary that talks an awful lot but never really has anything useful to say, MLK/FBI is a deceptive piece of establishment propaganda not worthy of your time.