Home / business / The doctors took Kohanivsky from the court

The doctors took Kohanivsky from the court 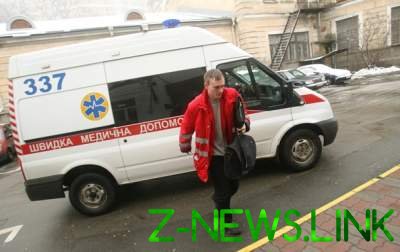 The court announced the adjournment of the meeting.

In Kiev Svyatoshinsky court declared a break at 3 hours survey of Nikolay Kohanivsky. The decision was announced by judge after preliminary examination by the ambulance doctors.

Before that, the judge asked the doctors whether the suspect to participate in the meeting.

The doctors said that you need to do additional tests: CT and x-rays.

In turn, one of the supporters Kohanivsky, who was on inspection of the suspect, said that he could not remember his address. After that the judge announced a break for 3 hours.

Meanwhile, the police won’t let journalists into the premises of Sviatoshynsky district court of Kyiv.

Law enforcement officers attribute this to the fact that in this courtroom there is not enough space. According to police, it is necessary to wait for special orders, they can’t explain exactly who should give the order.

Also, police can’t explain why I missed the part of media representatives, and others – no. Directly at the entrance to the court there are 10 policemen. On either side of the entrance are about 60 national guardsmen.