The doctors explained why you need to regularly visit the sauna 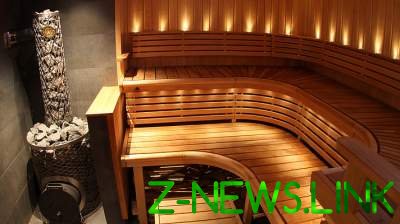 Regular sauna use can reduce the risk of high blood pressure.

Reportedly studied health 1621 middle-aged man with normal blood pressure, which was watched by an average of 25 years. During this time 251 had developed hypertension.

Compared with those who reported one sauna session per week, or lack thereof, those who two or three times I visited a sauna, were 24 percent less inclined to hypertension. Four to seven visits per week reduced the risk by 46 percent.

Dr. Jarry A. Laukkanen, Professor of medicine at the University of Eastern Finland, suggested several possible mechanisma of such relationship. According to him, the heat of the sauna improves the flexibility of blood vessels, which facilitates blood circulation. But the warmth and subsequent cooling in a typical Finnish sauna is deeply relaxing, which is useful in case of moderate blood pressure. In addition, perspiration removes excess fluid, acting as a natural diuretic.

In the study, researchers also monitored the body mass index, alcohol consumption, Smoking, family history of hypertension and other factors.