Home / Game / The Division will get a major upgrade

The Division will get a major upgrade 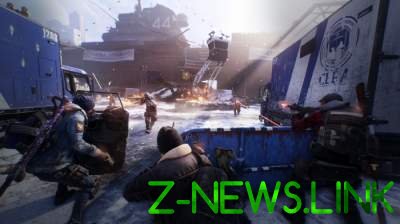 Update has version 1.8 and is called “Resistance”.

Ubisoft gives you a number of reason again to pay attention to Tom Clancy’s The Division! Today, the game will get a major upgrade, and will begin a series of free accesses.

Two factions make an Alliance for the first time to knock the special agents. Four players join together and fight off waves of attacking enemies. The victories bring you resources that can be spent on strengthening the defence or expansion of the territory.

In addition, the West Side pier there is another activity, but for PvP. It is called “Shootout” is a team Deathmatch version of The Division. Two groups of four fighting each other and trying to be the first to score 20 kills. Matchmaking takes into account your skill, and uses the normalization of the “Last frontier”, so players in both teams should be more or less equal in strength.

Finally, the update will introduce a lot of changes smaller. For example, in addition “underground” will be a checkpoint and a new type of enemies in a Dark area will change the mechanics of renegades (they can be they desire), and among the loot will be found new types of exotic weapons.

The shares will be held on PC, PlayStation 4 and Xbox One.